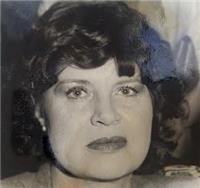 BORN
1942
DIED
2021
Jean Evelyn (Anderson) Soriano was born in Maynard, Minnesota, on Feb. 7, 1942, to her father, Harry Anderson, and mother, Mamie Anderson (Johnson). Jean leaves behind three living children, Leanne Anderson DeMattei, Allan Sippy and Karen Cano, and son-in law Gary DeMattei. Jean leaves behind three grandchildren, Katelyn Cano, Jeremy Cano and Taylor Sippy. Jean recently welcomed a great-granddaughter, Aria Dellamaggiore, daughter of Allan, to the family.
Jean had a thirst for knowledge. She applied and was accepted into law school but, due to financial reasons, she was unable to complete her studies. She also attended nursing school and learned to speak Mandarin in her 40 years. She loved the show "Mountain Men," anything regarding Alaska, animal stories, and listened to books on tape daily. Jean also donated to native American charities.
Jean's biggest love was for her animals. She would often serve as a foster parent to cats. However, the cat or kitten, once in foster care, never got out. She kept them all. At one time she had 13 cats. Jean had three dogs, Berry (deceased), Apple (deceased), and Ginger, who was recently rehomed.
Jean was always quite funny. During a fancy dinner party, when all the guests were describing their favorite meal, such a beef bourguignon or beef burgundy, when asked what her favorite food was, she said "Stouffers." At the same party, Jean was offered pepper vodka and declined stating she rarely drank. Minutes later she said she would just have a tiny taste. After putting a dent into the pepper vodka, she said that it was just so good. Jean was great with one-liners and could always get a laugh from anyone she was around.
For the last 15 years, Jean resided in Big Oak Flat, where she loved to sit on her porch, sipping a latte and enjoying the view.
Published by Sonora Union Democrat from Nov. 16 to Nov. 17, 2021.
To plant trees in memory, please visit the Sympathy Store.
MEMORIAL EVENTS
To offer your sympathy during this difficult time, you can now have memorial trees planted in a National Forest in memory of your loved one.
MAKE A DONATION
MEMORIES & CONDOLENCES
0 Entries
Be the first to post a memory or condolences.