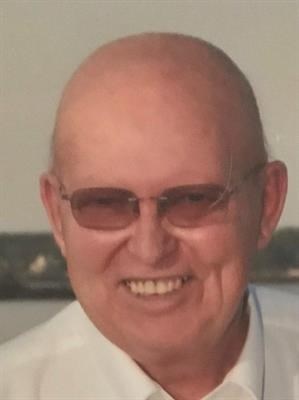 He was born in Portsmouth, February 22, 1938 a son of the late D. Morris and Gertrude (Dow) Lamprey.

David graduated from Hampton Academy with the Class of 1955 and from Wentworth Institute in Boston with a degree in Machine Work and Tool Making in 1957. He became co-owner of the family business, Lamprey Brother's, Inc. a heating-cooling fuel oil business and retired in 1999 after 42 years of service.

He shared 58 years of marriage with his wife Joanne (McLane) Lamprey.

David's foundation was his family and was well known for his wonderful sense of humor. He enjoyed Disney World and was an avid sports fan, particularly his Boston Bruins for which he would rarely miss a game. He was a member of the United Church of Christ and served as a volunteer firefighter in North Hampton for 19 years. He was also a member of the New Hampshire Oil Heat Council and New England Fuel Institute.

David became a Master Mason in St. James Lodge No. 102 F. & A.M. of Hampton in 1974 and served as Worshipful Master in 1988. He is an honorary member of Gideon Lodge No. 84 of Kingston and Tucker Lodge No. 99 of Raymond. He is a charter member of William Pitt Tavern Lodge No. 1789, and a member of General William Whipple Military Lodge and Research No. 175.

In 1977 he became a member of the Ancient Accepted Scottish Rite bodies in the Valley of Portsmouth-Dover and the NH Consistory, Valley of Nashua. He is a Past Sovereign Prince of John Christie Council, Prince of Jerusalem and a Past Most Wise Master of NH Chapter of Rose Croix. He received the NH Consistory Meritorious Service Award and in 2004, was Coroneted a 33rd Degree Honorary Member of the Supreme Council, Ancient Accepted Scottish Rite for the Northern Masonic Jurisdiction of the United States of America. He also received the Major General John Sullivan Distinguished Service Medal in Bronze in 1990 and was also presented with NH Freemasonry's highest award, the Jeremy Ladd Cross Medal in 2003.

In 1998 Mr. Lamprey was appointed Junior Grand Deacon of the Grand Lodge of NH. He ascended through the Grand Lodge Line Offices and was installed Deputy Grand Master on May 15, 2004. The next day, less than 30 hours after being installed, Grand Master Brother Albert P. Burgess passed away and Brother Lamprey assumed all powers and responsibilities of that high office and served as the Acting Grand Master until May 21, 2005. On that day he was elected and installed as the 110th Most Worshipful Grand Master of the Grand Lodge of Free and Accepted Masons of the State of New Hampshire. He brought quiet dignity and a degree of humility seldom seen in one who attains this elevated position.

Visiting hours will be held from 2-4 and 7-9 P.M. Friday, January 4, 2018. at the Remick & Gendron Funeral Home-Crematory, 811 Lafayette Road, Hampton. A Masonic service will be held at 6:45 P.M. Friday. Services will be held at 11 A.M. Saturday, January 5, 2018 in the funeral home with burial following in the Center Cemetery, North Hampton. In lieu of flowers, donations may be made to NH Masonic Charities, PO Box 486, Milford, NH 03055 www.nhgrandlodge.org or to a charity of one's choice. Please visit www.RemickGendron.com to view David's memorial website, sign his tribute wall or for directions.

Published by Union Leader on Dec. 30, 2018.
To plant trees in memory, please visit the Sympathy Store.
MEMORIAL EVENTS
Jan
4
Visitation
2:00p.m. - 4:00p.m.
Remick & Gendron Funeral Home
811 Lafayette Road, Hampton, NH
Jan
4
Visitation
7:00p.m. - 9:00p.m.
Remick & Gendron Funeral Home
811 Lafayette Road, Hampton, NH
Jan
5
Service
11:00a.m.
Remick & Gendron Funeral Home
811 Lafayette Road, Hampton, NH
Funeral services provided by:
Remick & Gendron Funeral Home
MAKE A DONATION
Please consider a donation as requested by the family.
MEMORIES & CONDOLENCES
6 Entries
craig grant
January 5, 2019
I remember all the laughs and fun times! May you Rest In Peace.
Louise Singer
January 3, 2019
Dave and Kay: Am sorry to read of your dad's passing.
Arlene Bean
January 2, 2019
I've been gone from RiverWoods for a couple of years now but I so enjoyed your smiling face at the coffee round table every morning!!!! You loved when I wore blue. When I left, you brought me to tears with your smile and HUG!!! Rest In Peace my friend!!!!
Donna Tremblay
December 30, 2018
We are so glad we had the opportunity to meet your father. He was a wonderful man, and surely will be missed. Our love to the entire Lamprey family.
Jan & Dan Hussey
December 30, 2018
My deepest regrets to the family; My wife and I shared many wonderful moments with David and Joann through numerous masonic activities. He will always be remembered for his warmth and good nature.
Gerald & Barbara McHugh
December 30, 2018
Showing 1 - 6 of 6 results