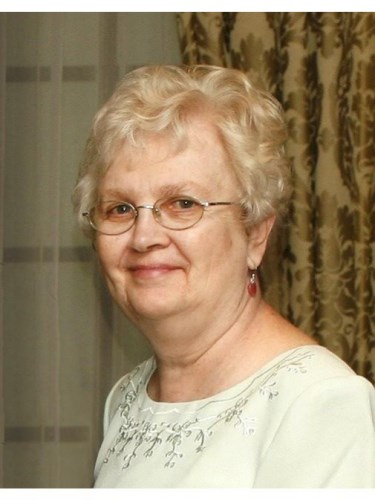 Marianne was born on December 11, 1938 in Sebago, ME. She attended Potter Academy in Sebago.

Before retiring, she was a bank teller and later a bookkeeper at TD Banknorth (formerly Bank of New Hampshire). She is remembered by one former co-worker as "a great friend to share my home with and we loved the Lord together which was so special for both of us."

Family and friends also appreciated Marianne for her generous gifts of cross-stitching and crocheted Afghans made in her retirement.

She married Floyd T. Smith Jr. on July 1, 1960, and is survived by three sons, raised in Bridgeton, ME: Daniel L. Smith, of Conway, Darren A. Smith, of Yakima, WA, six grandchildren, 6 great-grandchildren and Dennis R. Smith of North Conway and one grandson. She was predeceased by Floyd, and remained a widow, mother, and grandmother in her retirement at Mountainvale Village in Center Conway.

She later married Charles D. Irish, with whom she shared 13 years, until his passing in 2016. Marianne and Charlie enjoyed church fellowship and dining at local restaurants, especially with family. Marianne is also survived by three stepchildren: Rebecca M. Nelson and husband Steve of Milton, VT, three grandchildren and one grandson-in-law; Daniel C. Irish and wife Maryanne of Olathe, KS, and Timothy G. Irish and wife Kimberly of Raymond.

Marianne was predeceased by her parents, Ernest and Bertha (Douglas) Robinson, and by her siblings Marjorie M. Grody, Marilyn Robinson, and Alfred E. Robinson.

In lieu of flowers, donations may be made to the food pantry ministry of The River Church at the above address.