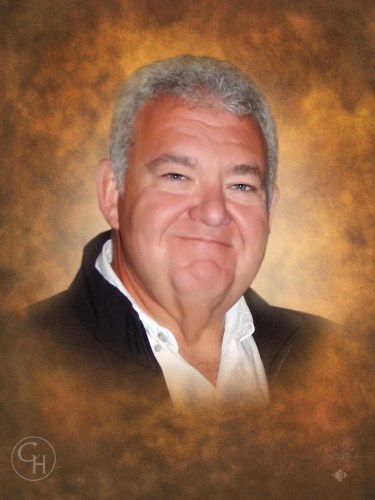 Mark led a remarkably loving life guided by his faith in Christ. He held many roles, including; member of the National Association of Theater Owners, nominee for Ernst and Young Entrepreneur of the Year, entrepreneur, philanthropist, OUPV licensed boating captain, fisherman, world traveler, scuba diver, godfather, counselor, and mentor. However, his proudest and most cherished roles were that of a devoted husband and father.

He was born in Manchester, New Hampshire to Mary Saad Adam and Frank Thomas Adam, both deceased. He was raised by his mother in the Eastern Orthodox faith where he discovered his love for the church, and Christ. Following his passion, he attended Hellenic College in Brookline, Massachusetts. There he met both his soul-mate and wife, Elaine, his life-long best friend and koumbaros William Bakos, now known as Fr. Iakovos of Simonopetra Monastery in Greece, and made many other lasting connections with many Orthodox clergy members. He later transferred to Boston College where he graduated in 1982 with a degree in business.

Mark felt it was of the highest importance to be a provider for his wife and future family. Shortly after they married in 1982, Mark began working for his father at Canad Cinemas. There he learned about the movie theater industry and worked his way up from Theater Manager to Vice President of Operations. When Canad Cinemas was sold in 1998, Mark took a chance on himself by becoming a self-made entrepreneur.

In 1998, Mark, with the support of his wife, founded Zyacorp Inc, a management company that partook in several ventures including; Zyacorp Hotels founded in 1998 which owned and operated the Howard Johnson's Hotel in South Portland, Maine from 1998 to 2011, and Zyacorp Entertainment Companies founded in 1999, which currently owns and operates Cinemagic Movie Theaters. Since it's founding, Cinemagic Movie Theaters has grown to eight locations in New Hampshire, Maine, and Massachusetts, as well as maintaining exclusive licensure to the only IMAX movie screens in New Hampshire and Maine, and being a past Forbes Fortune 100 Company. Even as a successful entrepreneur Mark remained humble, describing himself as a "popcorn salesman." Mark's childhood dream was to become an architect, and an entrepreneur it remained that his favorite aspect of his business was the construction and design of new projects to which he was deeply involved.

Mark had a way with people, and a gravitas that encouraged and inspired those around him. Friends and family of Mark describe him as a kind and wise soul, who made everyone feel loved and welcomed. Those whom have known him for years will feel as though they too have lost a brother, or a father. He was a beacon of hope and happiness for a brighter future to many in his life. Mark's greatest message to his children, and his hope for all those he loved, was to have faith and allow love to lead them.

Services: Calling hours are Thursday, January 28, 2021, from 5 to 8 PM and Friday, January 29, from 9 to 10 AM in St. George Greek Orthodox Cathedral, 650 Hanover Street, Manchester, NH. Masks are required. The church has planned social distancing procedures. The Trisagion Service will take place Thursday at 7:30 PM, in the cathedral, with the Rev. Michael Wilson officiating.

The funeral service will be live-streamed via Zoom at: https://zoom.us/j/6036229113?pwd=Y1dxWC8zaXZCY2VkRXl2K2pTWkVidz09 or via the St. George Cathedral website at http://www.stgeorge.nh.goarch.org/services-live-stream/

The Connor-Healy Funeral Home and Cremation Center, 537 Union Street, Manchester, NH is in charge of the arrangements.

I am very to hear about your father. My condolences to you and your family.
Sam Theodosopoulos
Friend
February 24, 2021
To the Adam Family
I am so sorry for your loss. I met Mark for first time more than 30 years ago . He was all the wonderful things mentioned in these postings. He always told me that he was nothing more than a Popcorn salesman, but he obviously was so much more to so many. New Hampshire has lost a true treasure !
Tom Grifffith
Friend
February 23, 2021
May the love of friends and family carry you through your grief.
Amy Walker
February 6, 2021
Mark was a dynamic yet gentle man. How well I remember him as a young boy, happy to be with his mother and grandmother, who adored him. His accomplishments, both personal and professional, are testament to the dedication, kindness, and generosity that 'mark' him, and are a lesson for all who knew him.

My very deepest sympathy to his beloved family.
Selma Naccach-Hoff
Friend
February 5, 2021
I was sadden to read about Mark's passing. I am lost for words. All I can say is I will miss talking and seeing him. He was a friend as well as a business customer.
Troy James
Acquaintance
February 4, 2021
Elaine, Zach, Yasmine,
I found out of the devastating news late last evening. Although Mark and I haven’t seen each other’s for years, he always remained a very special person to me. My parents, Jimmy and Marion Vasile became friends with Frank and Mary through the restaurant business. I remember hot summer days, Mary would bring him to Higgins Beach to visit. Mark and I would go swimming to cool off. It was funny how Mary was from Manchester, as I ended up marrying someone from there, and moved from Scarborough, ME to Manchester. I came to a cookout once at your Webster Street home and went to an opening of a new Cinema he was opening. I remember meeting Mark going down the hall at Elliot Hospital Maternity dept., we had a baby a day apart! He was so proud. Mark was a great man and he loved you all so much. My thoughts and prayers are with you all.
Debbie Vasile Warren
Friend
February 1, 2021
Elaine,Zach and Yasmin....it has been many years since Mark Nd I did business but I will always remember his upbeat demeanor and passion for doing the right thing. I was sad to read about his passing and will always have great memories of our time together.

Mark Stebbins
Friend
January 31, 2021
Elaine, I am so sorry to hear of Mark's passing. My thoughts and prayers are with you, Zach and Yasmin.
Ann Harvey
January 31, 2021
Elaine, Zachary & Yasmin,
Please accept my deepest sympathies for your loss. Be assured of my thoughts and prayers during this difficult time. May Mark's memory be a blessing to all.
Bob Boisvert
January 28, 2021
Dear Elaine, Zac, and Yasmine,

My deepest condolences on this very sad loss of your loving husband and father. Mark, as you know, was a great man. I am proud to have called him a dear friend for so many years. His infectious laugh and beaming smiles will be remembered forever.

We remember Mark as a go getter and visionary always looking for new ventures. His passion for creating Zyacorp for his children was amazing.

May your fond memories of your lives together remain forever in your hearts.

We were stunned to hear of the passing of Mark. We need you to know that In over 30 years offering cleaning services no one has ever treated us with as much love and respect as Mark did.
He genuinely cared about us and our well-being and treated us like family. We will miss him dearly. May his memory be eternal. Our deepest sympathies to you and your family.

Love,
The Stein family
January 23, 2021
Elaine and family my sincerest condolences to you in memory of your beloved husband and father. Sincerely,
Barbara Cohen
Barbara Cohen
Friend
January 23, 2021
Elaine and family I am so so sorry for your loss. I have known Mark my entire life. He was a HUGE part of my family, growing up and spending our summers in Maine at Pinehurst camping. My parents, Angelo and Stella Nestor loved him like a son. I vaguely remember how Mark and his mom spent time with us all. Mark had a huge heart and every Christmas he always remembered my parents. And after mom passed he was always there for my father in so many ways. He was a wonderful man. May you find peace in all your memories. Love to you all.

Elaine Nestor
Elaine Nestor
Family
January 23, 2021
My most deepest apologies to the Adams' family. I am at a loss for words. Mark's passing took us by surprise and I still can't believe it. May he rest in peace. May God console and give strength to his family and friends. Mark will surely be missed and will be remembered forever. Mark, Thank you for your guidance and welcoming me to the Zyacorp family. I enjoyed the time we spent together and the stories you shared with me. Elaine he surely loved you. Please know that you are not alone and find comfort that you have the Zyacorp extended family here for you. May your hearts soon be filled with wonderful memories of joyful times together as you celebrate a life well lived.
Jennifer Mendez
Coworker
January 23, 2021
My heart is heavy as I write this. Mark, over the 10 and a half years that I worked for you, you became much more than just my boss. Zyacorp was a second family and you were in some ways a fatherly figure to me. I'll cherish the memories of sitting in your office wrapping Christmas gifts with you, hearing you holler my name from your office, and I'll never forget that you took the time to come to my mother's funeral to not only support me but to share your pride in me with members of my family. Your personality and presence were larger than life and this world is a little less bright with you gone. My heart goes out to Elaine, Zach and Yasmin. Mark, may you rest in eternal peace and watch over all those you love.
Michelle Regan
Coworker
January 23, 2021
Elaine, Zach, and Yasmine, I’m so sorry for your devastating loss. Although your pain is too raw now, I pray that you will find comfort in your memories. Katherine VandenBerghe ( Cathy’s friend)
January 23, 2021
Showing 1 - 37 of 37 results