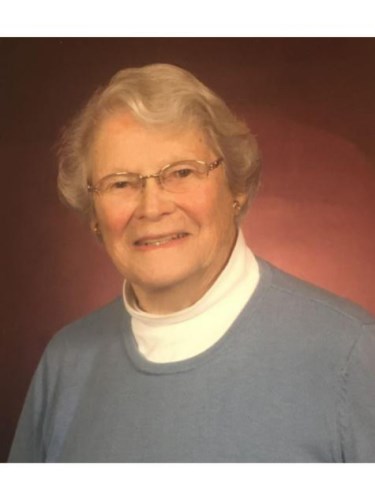 Priscilla was a strong advocate for all children. She served on the board of the Concord Mental Health Center (now called Riverbend) and was a Spaulding Youth Center board member and chairman. She also served on New London's Juvenile Diversionary Committee. She and her family hosted three foreign exchange students through the AFS student exchange program and provided a summer home for inner-city low-income children through the Fresh Air Fund. The Ohler home was known for its abundant supply of children, ponies and golden retrievers. It was also a welcoming home where local teens found compassion and stability.

In 2005, Priscilla and John were awarded the New London Service Organization's Third of a Century Award. The award was established in 1962 to recognize those who have lived and worked in New London for at least 33 years and made "notable contributions to the town's good name."

Priscilla lived her life with a strong regard for fairness and justice and worked on many community projects which helped people and families in need. She and John had a long and remarkable marriage of love, laughter and strong family and community connections. Priscilla is survived by her six children, Deborah Ohler Hinman, Susan Ohler Bliss, Jennifer Ohler and her husband Robert Bower, Jonathan Ohler and his wife Joan Schwartz, Peter Ohler, and Rebecca Ohler and her husband Doug Pomeroy; her eight grandchildren, Thatcher, Gwen and Peter Hinman, Sadie and Eli Bliss, Abigail and Sam Bower, and Nathan Ohler; four great-grandchildren, Marvin, Juno Priscilla, Harper and Knox; and many nieces and nephews in the White, Haddad, Ohler and Thompson families.

SERVICES: A service to celebrate Priscilla's life will be scheduled at St. Andrews Episcopal Church at a later date due to the current world health emergency.

In lieu of flowers or food, the family welcomes contributions in her name to Habitat for Humanity of the Kearsarge/Sunapee Area.

To sign an online guestbook please visit www.chadwickfuneralservice.com.
To plant trees in memory, please visit our Sympathy Store.
Published by Union Leader on Mar. 22, 2020.
MEMORIAL EVENTS
No memorial events are currently scheduled.
To offer your sympathy during this difficult time, you can now have memorial trees planted in a National Forest in memory of your loved one.
Funeral services provided by:
Chadwick Funeral and Cremation Service - New London
MEMORIES & CONDOLENCES
18 Entries
So sad to see the news of Mrs. Ohler. I have so many wonderful memories of Mrs. and Dr. Ohler at the White's house growing up. Such special people. Thoughts are with the Ohler family.
Deb Collinson Packard
Friend
April 13, 2020
So sorry to learn of Priscilla's passing. She and John were the stalwarts of medicine in New London. It's nice to see so many familiar names offering their memories. Susan and I send our sympathy to the entire Ohler family.

Fran Evans, MD
Francis Evans
Coworker
April 2, 2020
My deep sympathy to the family of Priscilla Ohler. She was a bundle of energy no matter what she was working on or doing at that time. I don't think she ever refused anything asked of her. I'm so happy I was able to spend time with Priscilla
last August sitting outside that huge garage! Always a when she came into Dr John's office. With sadness
June Dougherty Feeley
June Feeley
Friend
March 31, 2020
Thinking of all of you!! She was a gem......... love, Nan
Nancy Young
Friend
March 31, 2020
Our parents, Franny and Marsh Hoke, shared many times of special friendship with Priscilla and John over the years, and we all came to know them well - from hikes, sailing excursions and other events. They were both always fun to be with with each a charm all their own. We're thinking of you as you miss them and remember. Margie Hoke Riddle
Bob Riddle
Friend
March 28, 2020
Becky, I am so sorry to hear of your Mom's passing. I remember her at one of our events that we had here at work. She was so proud of you. Sounds like she did so much in her life. Prayers to you and your family during this difficult time. Sharon C.
March 25, 2020
Our heartfelt sympathies to the entire Ohler family. Your Mom (grandmother) was the other half of a very special team sering all in the New London/Kearsarge region. Thank you Priscilla for your kind selflessness and genuine caring for all of us who have lived along-side you. You have always been a person to love and admire.
Peggy and Steve Kiernan Theroux
Friend
March 25, 2020
My mother-in-law, Bette Taylor, remembers what a kind woman Priscilla was, how she did so much for the community, and was always ready to help children in need. Our condolences to the family.
Claudia Istel
Friend
March 23, 2020
Priscilla was a mentor for me. We met through LWV, and she introduced me to Spaulding Youth Center where we worked on the board together for years.
I'll miss her energy and smile, and her good sense.
Barbara Zeckhausen
March 23, 2020
May the love of friends and family carry you through your grief. with our thoughts and prayers. Paul & Ann Linehan
Ann Linehan
Friend
March 23, 2020
Some of my best childhood memories are times spent when living across from the Ohlers in New London. Thank you Mrs Ohler for all the special times our families shared.
Donna Conant Tortorella
Neighbor
March 22, 2020
Becky, my thoughts are with you at this difficult time. It sounds like your Mother was a wonderful person and will be missed dearly.
Patrick Herlihy
March 22, 2020
Dr. John and Priscilla were influential to Connie and I coming to New London in 1987. It ultimately became our home, where we started our family and our private medical practice. They were great friends and supportive colleagues. May Priscilla, Rest In Peace.
Dr. Lou and Connie Kowalski
Friend
March 21, 2020
This breaks my heart. I have many special memories of Mrs. O.! She was always welcoming. Her brightness in New London will always be remembered and appreciated, I am sure. My thoughts, sympathy, love, hugs and prayers are with the whole Ohler family.
Carol (Welch) Shute
Friend
March 21, 2020
When I was a boy in the 1950s, I lived across the street from the Ohlers. Priscilla and Dr. John were a wonderful influence on my life that I have never forgotten.
Dwight Conant
Neighbor
March 21, 2020
I met Priscilla playing tennis in New London. She was a good competitor and a friend. I often had great discussions with her at the grocery store. My condolences to her family. She was a great lady.
Linda Tanner
March 21, 2020
One of the loveliest women I have ever known. The devotion she and John shared toward each other was admirable. New London was so lucky to have them
Pam August
March 20, 2020
Sending our condolences from the Marston family, Jamie, Jonathan and Jill. New London was very lucky to have her as a devote community member and kind person. We miss New London dearly and Priscilla's passing brings many happy memories as I'm sure you will find true as well.
Jamie Marston
Neighbor
March 20, 2020
Showing 1 - 18 of 18 results