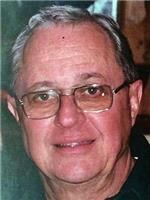 Bob was born in Cambridge, Ma. on November 25, 1930 and was the son of the late George Donovan and Jean Donovan of Braintree Ma., his brother Paul F. Donovan lives in Jefferson, N.H.

He is survived by his wife of 63 years Annette M. (Cahoon) Donovan; and four sons, Robert B. Donovan Jr. of Chicago, Ill., William Donovan of Washington, Vt., Michael Donovan of Moultonboro, N.H., and Richard Donovan of Islesboro, Maine. He was the proud grandparent of seven grandchildren who were all a great joy to him, and numerous nieces and nephews.

Bob graduated from Braintree High School in 1948, and attended the University of Maine in Orono, where he graduated with a degree in Business Administration in 1952. Later that summer Bob and Annette were married in Bangor Maine, and in the fall of '52 he entered Harvard School of Law in Cambridge, Ma., and was awarded an LLB in 1955. He was admitted to the Massachusetts and New Hampshire Bar in 1955 and was a member of the American Bar Association. The focal point of his professional practice was Trust Administration.

From 1955-2002 he would make his professional home with Perkins and Holland law office at 151 Water Street in Exeter, N.H. The firm would eventually grow to become Holland, Donovan, Beckett, Welch and Hermans. In 2002 he transitioned his practice to Donahue, Tucker and Ciandella, PLLC, 225 Water Street in Exeter. He truly found his personal expression and voice through his work and saw it as a service to the community as well as a profession. He had a great respect for his various partners and associates, and had a talented and dedicated staff, some of who were with him for decades. He served as the town moderator for East Kingston for many years. He retired from his career in 2008.

In addition to his professional accomplishments, Bob had interests in sports and the arts. As a young man he enjoyed basketball, he played the trumpet and had a lifelong love for jazz and theater. Bob was a 10th generation resident of the Granite State, and his family heritage was intimately tied to the history of the North Country. His love for the White Mountains, and his many stories, anecdotes, vintage photos and Yankee humor are imprinted in his children's memories in the same way that that had been done for him by his mother.

Bob passed away peacefully and gracefully at home after a short illness with cancer. He will be remembered as an engaged member of the community and a loving father and husband.

SERVICES: A Memorial Service is scheduled for Friday, June 24, 2016 at 11 a.m. at Phillips Church, Tan Lane (corner of Front Street and Tan Lane), Exeter, NH, with a reception to follow in the social room at the Church. The Reverend Robert H. Thompson will officiate the service. All are welcome to attend. Private burial will be in Union Cemetery, East Kingston, NH.

The Donovan family would like to express their heartfelt gratitude to the Rockingham VNA and Hospice for their efforts and care. In lieu of flowers, please send donations to Rockingham Hospice, 137 Epping Road, Exeter, NH 03833.

Published by Union Leader on Jun. 17, 2016.
To plant trees in memory, please visit the Sympathy Store.
MEMORIAL EVENTS
To offer your sympathy during this difficult time, you can now have memorial trees planted in a National Forest in memory of your loved one.
Funeral services provided by:
Brewitt Funeral Home
MAKE A DONATION
MEMORIES & CONDOLENCES
8 Entries
Annette, So sorry to hear of Bob's passing. My thoughts and prayers are with you and your family. Bee Jay Gallant
June 22, 2016
What a terrific neighborhood we Wittmans lived in. Bob kept order at all our town functions with his signature humor at all the right times. He officiated at Susan and Sarah's marriage. He prepared our wills. He was a terrific cook -no, chef. And he was a good neighbor. Thank you Bob.
My love to Annette and Family.
Cathy Wittman
June 22, 2016
I will always be grateful for Bob's patient, professional and kind guidance given my mother who was his client. He was a tribute to his profession. My sincere expressions of sympathy are extended to his family. Marcia Briggs Menes
Marcia Briggs Menes
June 22, 2016
We are truly sorry to hear of Bob's passing. I have many fond memories of Bob, Annette and their sons. Your family was always so kind to my mom and dad. Our prayers are with you. Jackie and David Costa. (Phoenix, AZ)
Jackie and David Costa
June 20, 2016
My love goes out to all of the Donovan family ! I have many fond memories of Bob and the family . May your memories help you move on in your sorrow.
Love,
Lynne Garvey
Lynne Garvey
June 18, 2016
So sorry to hear this.. I'm sure my mom and dad are there with him partying like always!
Tony Costa
June 17, 2016
Dick and I send our thoughts and prayers to the entire Donovan family. We are so glad we found you last summer when we visited from AZ. It was such a pleasure seeing the two of you.
So many wonderful memories come to mind from my childhood. My parents, Tony and Doris Costa always enjoyed the company of their dear friends Bob and Annette. I still remember the stories of the adult neighborhood parties! Today there's a neighhood party in heaven ! Pat and Dick Folger
Pat & Dick Folger (Costa)
June 17, 2016
Daina and I send our heartfelt condolences to the entire Donovan family.
Phil (Zeke) Sharples
June 17, 2016
Showing 1 - 8 of 8 results