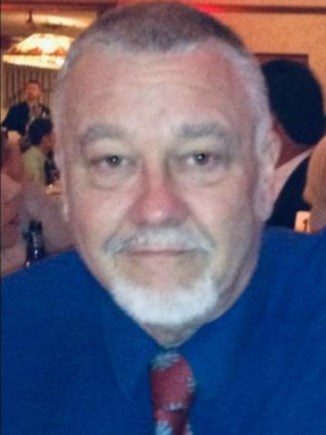 He grew up in Saugus where he was graduate of Saugus High School and a member of the Saugus Chapter DeMolay. A resident of Raymond for the last 34 years, he volunteered as a Cub Scout and Boy Scout Leader in town for many years.

He was formerly employed as a controls engineer for BASF in Bedford, MA. He was also employed for many years at Malden Mills which later became Polartec before retiring in 2017.

A "backyard" mechanic at heart, Thomas had a love of cars, especially Corvettes and Fieros. An avid fan of "The Three Stooges", he also enjoyed many outdoor activities including camping, archery, hunting, and gardening. Above all else, he loved his wife and children and enjoyed time spent with them.

He is survived by his wife of 49 years, Nola L. (Collum) Castle of Raymond, NH; six children, Jennifer Daniels and her fiancÃ© John Rivard of Manchester, NH, Stephanie Reichelson and her husband Jason of Concord, NH, Scott Castle and his wife Rhonda of Manchester, NH, Heather Brown and her husband Stephen of Epsom, NH, Thomas David John Castle II of Raymond, NH, and Ashley Castle and her partner Cameron Cheever of Raymond, NH; six grandchildren, Ethan Acres, Corbin Brown, Maya Reichelson, Porter Brown, Eli Reichelson, and Lydia Castle; and two sisters, Nancy Murray of ME and Ruth Richardson of VA; his sister in law Maggie Collum of MA; his brother in law Bud Collum and his wife Mary of NY; and several nieces and nephews.

In addition to his parents, he was predeceased by his brother Ernest Castle III.

A Celebration of Life will be held on his birthday, August 18, 2021. Details to follow. Brewitt Funeral Home, Raymond, NH is assisting the family. Please visit brewittfuneralhome.com for more information.
Published by Union Leader on Jul. 14, 2021.
To plant trees in memory, please visit the Sympathy Store.
MEMORIAL EVENTS
Aug
18
Celebration of Life
NH
Funeral services provided by:
Brewitt Funeral Home
MAKE A DONATION
MEMORIES & CONDOLENCES
1 Entry
Nola, My sincerest condolences on the loss of your husband.
Terri Chase
Other
July 14, 2021
Showing 1 - 1 of 1 results