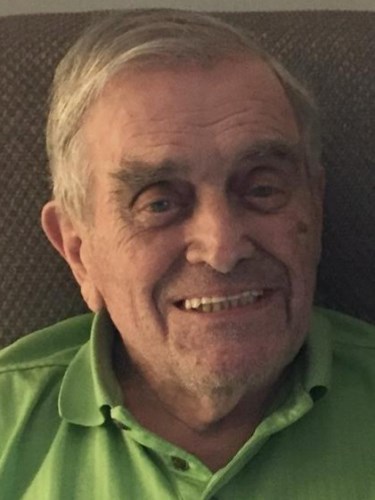 Tom was born on September 30th, 1928 to Michael and Marie Vaughan in Somerville, MA. In 1946 he graduated from St John's Cambridge. He was a WWII veteran, serving in the Army in post-war Japan.

Tom was a graduate of the American Television Institute in electrical engineering and became a renowned expert in microwave systems and television transmission. He built his company, Micro Communications, Inc. in Manchester, NH. In 1994 he earned the prestigious Engineering Achievement Award from the National Association of Broadcasters. Tom also served on the Federal Communications Commission Advisory Board for high-definition television.

In 1952, he and Elaine Jean Saltzman of Somerville, were wed. They raised three children: Deborah Vaughan-Gowen of Philadelphia, PA; Karen Vaughan of Manchester, NH; and Cheryl Vaughan Forster of Salt Lake City, UT.

In 1979, he married Barbara Curtis of Haverhill, MA and Tom welcomed her daughter, Sharon (Curtis) Spaulding (David Smith) of Fresno, CA, into the family.

After selling his business, he and Barbara traveled the world and split their time between Rye, NH and Naples, FL, golfing and hosting special family visits.

Tom was pre-deceased by his parents, and his wife of 37 years Barbara (Curtis) of Rye, NH. Also deceased are Elaine, his first wife, his sister Mary Donovan of Waltham, MA; brothers John Vaughan of Newmarket, NH; George Vaughan of Louisville, KY; and sister Teressa Passinissi of Danvers, MA.

Tom loved all of his blended family. He is survived by daughters Deborah, Karen, and Cheryl, and Sharon. He is also survived by three younger brothers; Francis (Terresa) Vaughan of Arlington MA; Joseph (Marlene) Vaughan of Twin Mountain, NH and Lawrence (Marilyn) Vaughan of Sun City Center, FL as well as his grandchildren Emily Gowen (Peter Erikson) of Philadelphia; Glen Forster of NYC; Weston Forster of Salt Lake City, Garth (Christina) Spaulding of San Francisco and Bree (Jonas) Wilber of Fresno as well as his five great grandchildren (Griffin, Londen, Brighton, Rowyn, and Lyra Bella) and many nieces and nephews and their loving families.

Arrangements are by the Remick & Gendron Funeral Home - Crematory, Hampton. In lieu of flowers, contributions to St. Jude Children's Research Hospital, The American Heart Association or Habitat for Humanity would be appreciated. Please visit www.RemickGendron.com to view Tom's memorial website, to sign his tribute wall and for additional information.

Published by Union Leader on Nov. 11, 2020.
To plant trees in memory, please visit the Sympathy Store.
MEMORIAL EVENTS
To offer your sympathy during this difficult time, you can now have memorial trees planted in a National Forest in memory of your loved one.
Funeral services provided by:
Remick & Gendron Funeral Home
MAKE A DONATION
Please consider a donation as requested by the family.
MEMORIES & CONDOLENCES
5 Entries 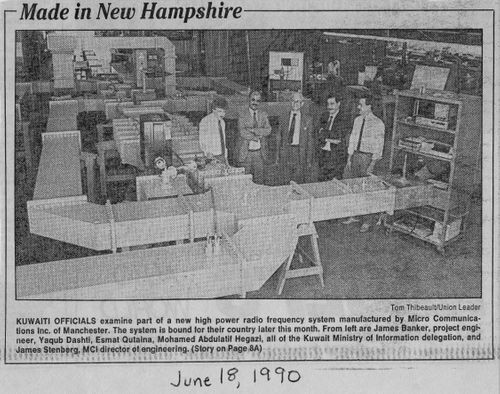 My condolences to all of Tom's family. I worked for Tom for many years and owe much of my success to his mentorship and training. I began work with him in 1987 when I was a kid fresh out of engineering school who said I wanted to learn more about high power RF. Boy did he deliver! Tom was always way ahead of the industry with his thoughts and designs. "That won't work", was never in his vocabulary. I had the opportunity from day one to work on ground breaking projects. Some projects that will last in my memory are: the Sears Tower TV combiner, Arecibo dish antenna, several Kuwait TV systems, DTV test filters, dual line feed for DTV, RFR measurements at World Trade Center/Empire State Building/Hancock Center/Boston/etc, researching and writing a book on the new Digital Television standard implementation, and the list goes on and on!

I remember and cherish our discussions (often on Friday afternoon before Tom left for the beach) in his cigar smoke filled office. One thing I recollect is that Tom would often review his to-do list for me at these Friday meetings and say to me; "how long do you think that will take to finish?" and me saying "three days". His response would then be "OK good because we need it for Monday" to which I would say, "so do you want me and all the crew to work over the weekend in order to finish it?"; "oh no, I wouldn't want you to work on your free time" he would say. The point being, he was always a step ahead and time was a relative thing for him. I also remember many trips to his home office in Rye to work in peace and quiet with Barbara supplying the coffee and friendship.

I know that he and Barbara were not happy when I left the company and I regret that we didn't have a better parting and that I never really cleaned up our relationship and took the time to see him after his retirement. The year he won the NAB Achievement Award, I was not working for him and didn't get to attend the ceremony. That is especially sad since this year I was given the same award due in no small part to his faith in a young engineer.

Unfortunately I couldn't find any photos of Tom and I but attached is one from the Union Leader on our Kuwait project.

Jim Stenberg
Portland Maine
Jim Stenberg
Coworker
November 23, 2020
Deb, Karen, Cheryl
Your Dad was a great influence in my
early years and he taught me a lot as I’m sure he did to you
Godspeed Tom !
Dennis Heymans
Dennis Heymans
Coworker
November 22, 2020
Although it has been years since we last communicated I first met Tom when I a young lawyer and he a young businessman starting Micro Communications. For many of the years that I was in private practice Tom and I saw each other frequently. My memory is that I performed his second marriage in an outdoor ceremony at his home. He was a good friend and a fine person. I extend my sympathies to the family.
Norman Stahl
Friend
November 14, 2020 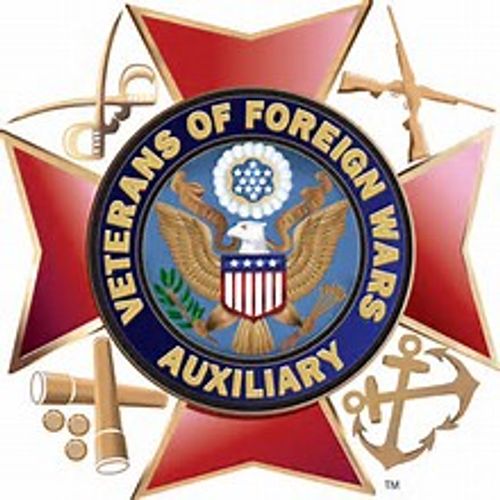 To the Vaughan Family:

District #7 Chaplain,
Cathy Burns
November 13, 2020
May your memories of the wonderful times you shared with your loved one comfort you and your family, today and always.
American Heart Association
November 11, 2020
Showing 1 - 5 of 5 results