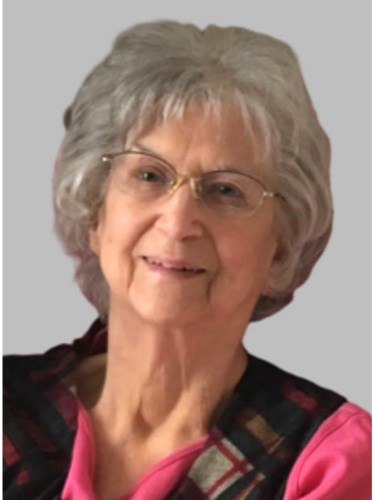 She was graduated from Salem High School in Salem, Oregon and from Sacramento (CA) State University with a degree in chemistry and worked in the research lab at Spreckels Sugar in California where she met Emerson. They were married in 1944 and moved to Gorham, NH, in 1947 when he took a position at Brown Company.

In addition to all she did for her family, Vivian devoted her professional life to mental health services for the people of New Hampshire and particularly in Coos County.

In the 1950s Vivian worked with Mr. Robert Hungerford, the Superintendent of the Laconia NH State Hospital, in the effort to achieve the deinstitutionalization of patients, to release and find homes and jobs for people who were capable of doing so. She received letters of thanks from those people for the next 50 years.

Working with a small group of community leaders in Berlin and Gorham over several years, they applied for and received a federal grant to establish and staff a mental health clinic in Berlin. It was located next to the St. Louis Hospital and Vivian worked at this facility as a clinical psychologist. When the Androscoggin Valley Hospital was built in 1978, a new mental health clinic was included. She participated in the hiring of the first director of the clinic and then worked there until retirement in 1987.

In her spare time Vivian enjoyed knitting fabulous Icelandic-style sweaters and reading great fiction, with Umberto Eco and Thomas Wolfe among her favorites. Cherishing a related interest in the intricacies of personal history, she accumulated fascinating research into the genealogy of her family. She also played the piano, and encouraged her children and grandchildren to keep the joy of music in their lives.

Vivian will be remembered and missed by all who knew her for her tireless service of others, endless patience, generous nature and forgiving spirit. She was a truly special person who brought the light of Christ to everyone she encountered.

Funeral Services were held at the Bryant Funeral Home, Berlin, NH. Interment was in the Lary Cemetery in Gorham. Online guestbook at www.bryantfuneralhome.net.
Published by Union Leader on Aug. 5, 2021.
To plant trees in memory, please visit the Sympathy Store.
MEMORIAL EVENTS
To offer your sympathy during this difficult time, you can now have memorial trees planted in a National Forest in memory of your loved one.
Funeral services provided by:
Bryant Funeral Home, Inc.
MAKE A DONATION
MEMORIES & CONDOLENCES
0 Entries
Be the first to post a memory or condolences.