Justus R. Belfield
FUNERAL HOME
Morris-Stebbins-Miner & Sanvidge Funeral Home
312 Hoosick Street
Troy, NY
Justus R.
Belfield
SCOTIA, NY
Justus R. Belfield, 98, of the Baptist Health Nursing and Rehab Center in Scotia, went home to be with Jesus on Wednesday, November 12, 2014. Born in Utica, NY, he was the son of the late Arthur and Phoebe Stadt Belfield. At age 19, he enlisted in the National Guard and served in Troop A as a bugler, rifleman, machine gunner and horse handler from 1936 to 1940, leaving when they removed the horses from service. He enlisted in the US Army in 1943, serving in the 923rd Heavy Automotive Maintenance Co. and the 22nd Armored Division in Belgium and France during WW II, and was honorably discharged as a Master Sgt. in 1946. He also served in the US Army during the Korean War in the 1202nd Army Security Unit and the US Army Reserves, being finally discharged in April of 1963 as a Warrant Officer, W1. Following the service, Mr. Belfield worked as a Quality Control Inspector, retiring from General Dynamics in Rochester, NY. He is survived by his wife of 72 years, Lillian Bugbee Belfield; a son, Raymond (Sharyn) Belfield, of Whitesboro; five daughters, Pamela (James) Allbright, of Albany, Linda (Paul) Castilla and Ramona (Robert) Stubbs, both of Glenmont, Nola (James) Monohan, of Manlius, NY, and Holly (Gary) Morris, of Fanwood, NJ; 18 grandchildren; 26 great-grandchildren; and many nieces and nephews. He was predeceased by a beloved grandson, Jason Allbright. Friends are invited and may attend the military graveside service at the Gerald B.H. Solomon Saratoga National Cemetery, 200 Duell Rd., Schuylerville, NY 12871 on Friday morning, November 14th, at 10 a.m. sharp. In lieu of flowers, the family requests that memorial contributions be sent to the Mohawk-Hudson Humane Society, 3 Oakland Avenue, Menands, NY 12204. Funeral arrangements are under the direction of the Morris-Stebbins-Miner & Sanvidge Funeral Home, 312 Hoosick Street, Troy, NY 12180. Phone: (518) 272-3930 or 272-5802.
Published by The Observer-Dispatch on Nov. 13, 2014.
To plant trees in memory, please visit the Sympathy Store.
MEMORIAL EVENTS
To offer your sympathy during this difficult time, you can now have memorial trees planted in a National Forest in memory of your loved one.
Funeral services provided by:
Morris-Stebbins-Miner & Sanvidge Funeral Home
MAKE A DONATION
MEMORIES & CONDOLENCES
37 Entries
Sir Belfield, thank you for your service....your story is very touching....I lived in Utica for over 30 years and when I started reading your story "Utica" caught my eye....I'm sure you've earned a special place in Heaven....Rest In Peace Sir...
December 1, 2014
Aaron,

I am truly sorry for the loss of your very special grandfather. He was a very remarkable person.

I am sorry I didn't get to see you when you were up here for the arrangements.

Please pass on my condolences to your family. 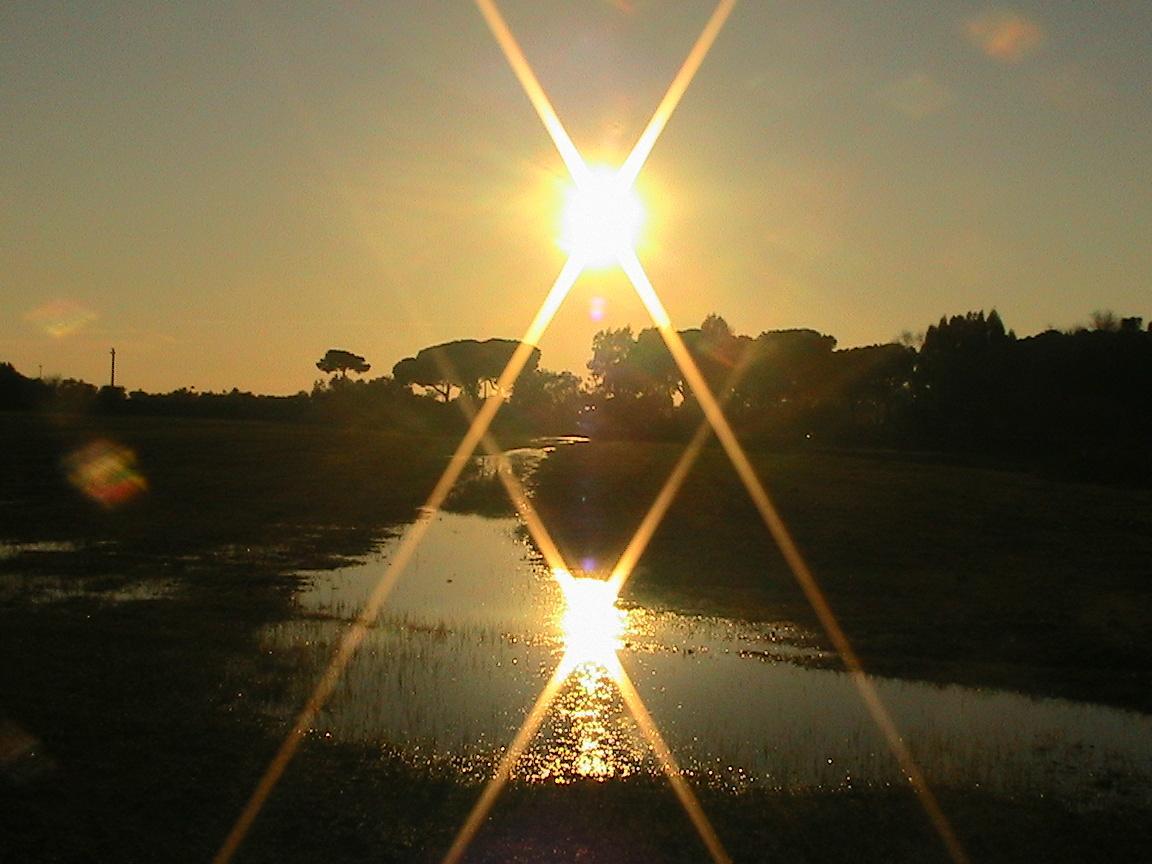 Robert Mazur
November 17, 2014
Thank You sir for your contribution to this country. You are one more example of why your generation was the greatest generation that this country has ever produced. My father also served in WW2 and my two boys (12 and 15) never miss an opportunity to show respect and thankfulness to men like you whenever we happen to see them in public. The country that was given to us from your generation was the best that humanity has ever produced. I only wish we would have been able to be better keepers of that gift. Rest in peace sir, job well done.
J. Puglise
November 16, 2014
Thank you for your service. RIP knowing your service has never been, nor will ever be in vain.
Respectfully,
5 Blue Star Military Mom.
Leah Marshall
November 16, 2014
Nola and Family,
We are very sorry for your loss and are thinking of you at this difficult time.
Kathy & Matt Romano
Kathleen Romano
November 16, 2014
I only know you from what I read in the papers, but that is plenty! I return your salute, thank you for your service, and order you to rest in peace!
Lt. Joseph Goldberg
November 15, 2014
Thank you for showing the rest of us veterans what it means to serve till your last day on Earth. Go with God Soldier, your tour here on Earth is done. Salute Returned Master Sergeant!
SSgt Michael Taylor, USAF (Ret)
November 15, 2014
Our paths did not cross until a short time ago. You touched my heart deeply and meeting you and your beautiful family will have an everlasting impact on me. I thank you for those special moments and am blessed to have spent the afternoon with you on Veteran's Day. Thank you for your service to our country and being such an inspiration. It was an honor to stand for you at your service at SNC with the NYS Patriot Guard Riders.
Jen Megas
November 15, 2014
Linda, I have been following your Grandfathers store on the news and Facebook. Sorry for your loss.
John McNulty
November 15, 2014
It was an honor to get to see you and learn of your life, even if just so briefly online. Thank-you for your dedication and service to our country. Rest well Master Sergeant Belfield, may God take you in His arms and bless and keep your family.
Ralph Anderson
November 15, 2014
We never met, I did not know you. But America did, and thanks you. You were a patriot. God Bless You.
Adrian Hobkirk
November 14, 2014
Thank you for your service Mr. Belfield. You truly were part of the greatest generation. Rest in peace.
Pat Grissett
November 14, 2014
Dear Everyone...
I just read about Jay's passing. When I saw his picture in uniform I smiled saying "There's the proud soldier". I was honored to be able to take care of him thru Community Hospice Albany. I wish you all blessings and multiple hugs.
Joy Harrington
November 14, 2014
Thanks for your service. Your final salute on Veterans Day was touching.
God Bless you...Qui riposa in pace
Robert Mazur
November 14, 2014
My condolences to Aaron and family on the passing of a true patriot and gentleman . From one veteran to another thank you and Semper Fi .
Ed Marois
November 14, 2014
Rest in Peace
Scott Chamberland
November 14, 2014
The world owes you and others like you, their thanks and eternal gratitude. You have made this world a better place for the rest of us. Thank you.
Barry N
November 14, 2014
What a man...what a story...as it is always said "the greatest generation"...I truly enjoyed reading the tribute...RIP
Don Marino
November 14, 2014
We will always miss Jay's hugs at Glenmont Community Church. Lillian and family, we are so sorry for your loss, he was an amazing man!
Deb May
November 14, 2014
I did not know you sir but thank you for your service. You are such an inspiration to all of us. At ease soldier.
John Carpenter
November 14, 2014
Thank you Sir for your service. While I didn't know you, your story touched me deeply. I return your final salute and send blessings and prayers to your wife and family. Godspeed hero.
victoria C
November 14, 2014
Rest easy MSG your watch is over.
Sgt Mark Wills
November 13, 2014
Dad Belfield..I will always remember the fun and laughs at family get togethers. Now you can look down on your beautiful family and stay close in their hearts. Thank you for serving our country with total devotion. Rest in peace.

Lynn & Larry
November 13, 2014
I am so honored that I was able to thank Jay on Monday evening for his service to our country. I told him I wouldn't be working Veteran's Day and that I wanted to get the thank you in. He got the biggest smile when I told him that. I will miss him.
Katherine Grimard, RN
November 13, 2014
I just read your beautiful story, I'm at work and my eyes are currently leaking tears of joy. I am unable to attend your beautiful funeral but I will be thinking of you and making a donation to the ASPCA as they need canned dog food. I hope this will be satisfactory to you. You have lived a beautiful life, and I am sorry I did not know you personally but I am very glad that I got to share but a peace of it through the newsstory. You are an inspiration Mr. Belfield and I hope your family is as equally proud of you.

Rosita, a grateful stranger
Rosita Snyder
November 13, 2014
Thank for your service Sir! Thank you for sharing this wonderful story. Hugs and prayers to his family!
Cheryl White
November 13, 2014
You had a long and glorious life and the rewards are your children, grandchildren and great grandchildren. You are now at peace and with the Lord looking over your loved ones from above. RIP.
Florence/Arthur Stubbs
November 13, 2014
Jay although I only knew you for a few years here at Van Allen you had become a good friend. Sir I missed you when you left, now you are with God. God Bless you Sir
Kenneth Steenbuck
November 13, 2014
An amazing Veteran. Rest well Sir, we'll ensure your service and dedication continues to keep America free.
MSgt Mike Kaplan, USAF (ret)
November 13, 2014
Thank you for allowing him to pass wearing his uniform. It shows what a true America loving man he was. I appreciate his service to our country and will be praying for you and your family to have the peace that passes all understanding.
Linda Fields
November 13, 2014
What a amazing man ,what a love story 72 years of marriage to the same woman with so many children ,,,I am honored to share the same last name ,I am sure there is a special place waiting for him in heaven ,God bless
Alvin Belfield
November 13, 2014
So sorry for your loss, we saw Mr. Belfield on the TV last night, what a heartwarming story. My Dad and my Brother both served in the Navy for 25 years each. To Mr. Belfield's family, thank you for sharing his story and for allowing Mr. Belfield to serve his country right to the end. The good news is he will be spending an eternity with the Lord, there is no greater blessing and comfort than that. Mr. Belfield, we salute you.
A Mom,Grandmother & Great-Grandmother
November 13, 2014
Linda & family,
My sincere condolences on the passing of your Dad. What a wonderful life lived!
Keeping you all in my thoughts and prayers.
Darlene
Darlene Kramer
November 13, 2014
Sir, we have never met but I read your inspiring story of service and selflessness which is an inspiration to any generation. Men like you set a standard of honor and excellence which should make other men strive to be 'better men'. May you rest in peace, soldier. This Marine now has the watch..

Semper Fidelis
Jay Crouse
November 13, 2014
Our Lord brought home a Christian Soldier and we here remember and miss and love the time we shared with Uncle Jay. God's continued blessings and comfort are wished for Aunt Lillian and their children, grandchildren and great-grandchildren. So many beautiful blessings to this world they all are. Love & Prayers, Bob
Bob Bugbee
November 13, 2014
Dear Lillian and family members of Justus. What an amazing life story Justus has. We are all so grateful for his service to this great country during WWII and the Korean War. My husband's grandfather also lived to the age of 98 and had served in Belgium & France during WWII. No doubt they are in heaven laughing it up and sharing a good drink together! God Bless you all as you cope with your loss. We hope you will find comfort in knowing that his story is shared everywhere and he will be greatly remembered and honored. God Bless the USA!
Celine Bir-Olvera
November 13, 2014
Showing 1 - 37 of 37 results