FUNERAL HOME
Nelsen Funeral Home - Williamsburg
3785 Strawberry Plains Rd.
Williamsburg, VA
WILLIAMSBURG - George W. Grayson, 76, a longtime representative of the Historic Triangle in the House of Delegates and a retired College of William & Mary professor, passed away on March 4, 2015. Dr. Grayson was the Class of 1938 Professor of Government Emeritus at the College of William & Mary, and had made more than 200 research trips to Latin America. In addition, he was a senior associate at the Center for Strategic & International Studies, an associate scholar at the Foreign Policy Research Institute, a board member at the Center for Immigration Studies, and a life member of the NAACP. Dr. Grayson lectured regularly at the U.S. Department of State, the National Defense University, U.S. intelligence agencies, and at universities in the United States and Mexico. He had served as an official observer at six Mexican presidential and gubernatorial elections, belonged to Phi Beta Kappa, and has authored numerous books and articles. He held degrees from the University of North Carolina-Chapel Hill (BA); The Johns Hopkins University Nitze School of Advanced International Studies (M.A.; Ph.D.); and the Marshall-Wythe School of Law (J.D.). He had also written op-ed pieces for virtually every major newspaper in the United States. In his spare time, he greatly enjoyed tennis. Dr. Grayson is survived by his loving wife, Bryan H. Grayson; son, Thomas Keller Grayson; daughter, Gisele Grayson (Jon Hamilton); stepdaughters, Emily Upchurch (Tim) and Rebecca Owen (Joshua); grandchildren, Jake and Will Hamilton, Grady and Liza Upchurch, and Maggie and Ruth Owen; aunt, Margaret G. Saunders of Warrenton, VA; and mother-in-law, Mary B. Holt of Wrightsville Beach, NC. His parents, George W. Grayson Sr. and Catherine Hart Grayson, preceded him in death. Friends will gather to remember Dr. Grayson on Friday, March 6 from 6:00 - 8:00 PM at Nelsen Funeral Home, 3785 Strawberry Plains Rd., Williamsburg. The Government Department of the College of William & Mary will hold a service of remembrance during the afternoon of March 20, time and place to be announced. In lieu of flowers, memorial contributions may be made to Heritage Humane Society, 430 Waller Mill Rd, Williamsburg, VA 23185. Online condolences may be offered to the family at www.nelsencares.com.
Published by Virginia Gazette on Mar. 6, 2015.
To plant trees in memory, please visit the Sympathy Store.
MEMORIAL EVENTS
To offer your sympathy during this difficult time, you can now have memorial trees planted in a National Forest in memory of your loved one.
Funeral services provided by:
Nelsen Funeral Home - Williamsburg
MAKE A DONATION
MEMORIES & CONDOLENCES
Sponsored by anonymous.
27 Entries
George was a humorous and kind man.Iam so happy for his friendship and enjoyed playing Tennis with him.Miss him dearly.
George Mathew
Friend
February 26, 2019
The Grayson Family:

I was saddened to just hear about the passing of Dr. Grayson. Dr. Grayson was a highly respected educator and a respected colleague.

You have my deepest sympathies.

Al DeAmicis
October 30, 2017
There's no such place as far away... You are missed and you were a tremendous educator and, in an odd way, b/c kindness isn't always the best teacher...you were kind. Now there's a reason to be bored and we can all yawn... ;) Gate, gate, paragate, parasamgate, Bodhi Svaha! And God bless!
R Brown
February 16, 2017
He was the personification of brilliance, fairness and love of his fellow man.
The family of the late Rev. Dr. Junius H. Moody sends our sincerest condolences to the family of our good friend, Dr. Grayson. We are truly grateful for his service to our community but also for his friendship and acknowledgement of our father and grandfather, Rev. Moody, in particular. Our lives have been touched and made the better by knowing a man of his caliber.

Deirdre Rainey Accornero, Stamford, Ct.
March 19, 2015
Though I've never met George, Bryan has been a dear friend of mine for as long as I can remember. From what I've read and from what Bryan has said, I know George was special in so many ways and he will be missed by many. My thoughts and prayers are with the family.
Connie Schor
March 18, 2015
George will be missed we had been good friend since high school in the 1950's. He always went out of his ways to help people.
Robert Raybold
March 13, 2015
I knew George from Mount Vernon High School and in Williamsburg where my wife Pat and I lived for over thirty years. To read that George has passed away is so sad and such a shock. I was in Mount Vernon HS Class of 1954 so we met for social events while in High School, later at The College of William & Mary when I taught a Master's Course in Early Virginia History, and at two MVHS class of 56 reunions. Pat and I send our sincere condolences to George's wife, children, and all of George's other family members during this time of deep sadness and sorrow. Bill and Pat Wilson, East Boothbay,,Maine
March 13, 2015
George was my best friend even though we only met about a year ago. I knew from the first meeting that he was a very special human being. He and I enjoyed discussing everything from politics, current events, and sports. We also exchanged personal information and realized that we were kindred spirits of sorts.

I loved George deeply and will always treasure and remember the time we spent together.
Mark Yeatts
March 12, 2015
May he rest in peace, for it was that he wanted for all.
Nemely Hendrick
March 11, 2015
George Grayson was a man of parts. A prolific scholar, he had the ability to write with clarity and depth about complex topics. He had the strength of his conviction, and was a loyal friend. What we shall miss the most is his impish smile and delightful sense of humor. We hold his family in our prayers
Roger Conner
March 9, 2015
I, the daughter of the late Rev James B Tabb Sr, was not aware of Mr. Grayson's death until today which saddens me because I would have been present at the services for such a great man, who was truly a friend of my father, and very instrumental in his life and the community, seeking the best for people, no matter the race or ethnic background. Mr. Grayson has left a great legacy behind for others to follow. I say to his wife and family members, be encouraged because Mr. Grayson has lived a good life, now he has gone to a better life. Always cherish the precious memories that will never be forgotten.
Maria Tabb-Norman
March 9, 2015 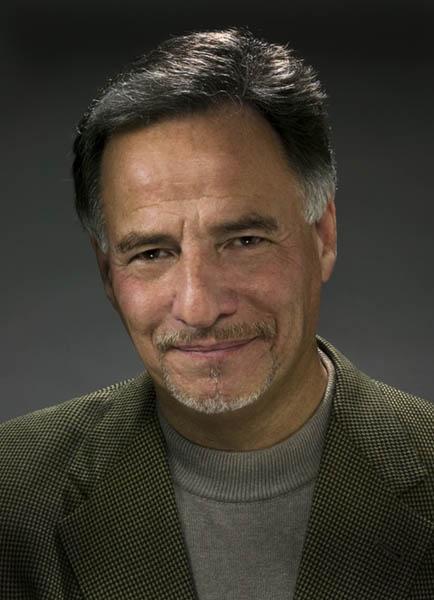 It was a terrible blow to learn of George's death. For twenty five years George was a board member at the Center for Immigration Studies (CIS) where I've worked for nearly a decade. A mentor and dear friend, George was a man of immense learning and keen insightfulness. He was also profoundly humane. Intellectually distinguished, genteel and elegant in manner, he was also modest, warm, kind, and marvelously witty. It was always a joy to see him. I cannot imagine future meetings of the board and staff without him. The world is colder with George's death. We've lost a splendid man. My deepest condolences go to his wonderful wife Bryan, his family, colleagues, and many friends. I will never forget him, and I will miss him very much.
Dr. Stephen Steinlight
March 9, 2015
George's service on the Board of Directors was instrumental to the growth and success of the Center for Immigration Studies. He joined in 1986, shortly after the Center's founding, and his unmatched knowledge of Mexico - and his long experience in practical politics - informed our deliberations and our scholarship. And more than that, he was a delight to be with (all the more delightful when Bryan accompanied him).

George's combination of humor with deep seriousness of purpose, of academic inquiry with real-world application, is irreplaceable.