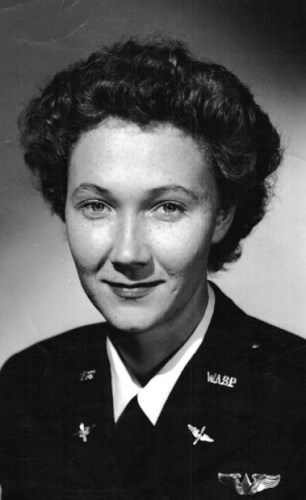 BORN
1921
DIED
2015
FUNERAL HOME
Nelsen Funeral Home - Williamsburg
3785 Strawberry Plains Rd.
Williamsburg, VA
WILLIAMSBURG - Mildred Evelyn Eckert Carder, 94, died peacefully in her sleep on November 25, 2015 at Patriots Colony in Williamsburg, Virginia. Born July 31, 1921 in Mason, Texas, she is predeceased by her parents, Kinney and Zilla (Wood) Eckert of Mason, Texas and her husband, John Thomas Carder of Johnson City, Tennessee. Survivors include her two sons, Patrick Carder (Sandra) of Williamsburg, Virginia, and Kinney Carder (Virginia) of Leesburg, Georgia; three grandchildren: Charles Jonathan Carder (Joy) of Williamsburg, Virginia, John Clinton Carder (Margie), and Courtney Leigh Carder Paulson (Dan) of Leesburg, Georgia. Mildred's six great-grandchildren of whom she was so proud are Olivia Grace and Charles Jonathan, Jr. (Jack) Carder of Williamsburg, John Griffin and Talley Grace Carder of Leesburg, and Makenna Elise Fisher and Connor Daniel Paulson also from Leesburg. In 1942, Mildred graduated from the University of Texas with not only a Bachelor of Arts degree but also a private pilot's license. Her love of flying led to a position as a Link instructor, teaching instrument flying to Navy cadets at the U.S. Naval Air Station in Corpus Christi, Texas, followed by selection for the Women's Army Service Pilots (WASP) School at Avenger Field, Sweetwater, Texas. In 1944, she was awarded her wings and assigned as a service pilot in the Ferry Command of the Army in Stuttgart, Arkansas. After WWII, marriage, children, and traveling the world with her Air Force husband, the family moved to Jonesborough, Tennessee in 1963 where Mildred resumed her teaching career. She earned a Master of Arts degree from East Tennessee State University in 1973 and retired from the Washington County, Tennessee school system in 1984. Mildred loved to travel and read, never losing her enthusiasm for adventure and learning. Mildred was a member of Delta Kappa Gamma Society International, Phi Delta Kappa educational fraternity, Alpha Omicron Pi sorority, the Order of Daedalians association of military pilots, and the Williamsburg United Methodist Church. A Celebration of Life will be held at Patriots Colony, 6200 Patriots Colony Dr., Williamsburg, VA, at 3:00 p.m. on Thursday, December 3, 2015. Graveside services will take place at 10:00 a.m. on Monday, December 21, 2015, at Mountain Home Veterans Cemetery in Johnson City, Tennessee. In lieu of flowers, the family requests that memorials be made to the Wounded Warrior Project (woundedwarriorproject.org). Online condolences may be offered at www.nelsencares.com.
Published by Virginia Gazette on Dec. 2, 2015.
To plant trees in memory, please visit the Sympathy Store.
MEMORIAL EVENTS
Dec
3
Celebration of Life
3:00p.m.
Patriots Colony
6200 Patriots Colony Dr., Williamsburg, VA
Dec
21
Graveside service
10:00a.m.
Mountain Home Veterans Cemetery
Johnson City, TN
Funeral services provided by:
Nelsen Funeral Home - Williamsburg
MAKE A DONATION
MEMORIES & CONDOLENCES
Sponsored by Nelsen Funeral Home - Williamsburg.
7 Entries
My Aunt, and fellow WASP, Mildred Caldwell, still resides in Peoria Ill, soon to reach the 98 year milestone, She joins me, her nephew, and our family in sending our condolences to the family of Mildred Eckert Carder and honoring her service to her country. These women have served as an inspiration to all of us, especially my daughters and grandaughters, and we thank them for their service. Len Caldwell, Philadelphia PA
Len Caldwell
December 21, 2015
A friend of mine that lives in Mason brought this to me. She is a cousin I never got to meet. We are related on the Wood side of the family. My name is Kay Johnson Massey. I live in Fredericksburg, Texas. My Grandfather was her Mother's Brother, Leonard Wood. What a wonderful person she must have been. All the great things she's done. May she rest in peace. May God Bless your family
Kay Massey
December 19, 2015
To Pat and the entire Carder family,

Our sincere condolences on the loss of your mother. She must have been an amazing woman.

Howard and Gabi Turner
December 3, 2015
Pat, Ken and families, we lost a great woman with Mimi's passing. She was certainly many things to many people but she was always Aunt Mimi to me. I was in the museum in Mason the day after Thanksgiving with some friends. There in the WWII section was Mimi's picture and the story of her service. I couldn't do it without tears but I made sure they read her story then shared with them the news of her passing. It was like I was able to participate, ever so slightly, in her memorial service. We love you all and hold you in our prayers.........Ted and Jane
December 2, 2015
Pat, we just learned of your mother's passing from the Gazette. What an incredibly accomplished woman! Randy and I extend our sympathy to the entire Carder family.
Betsy Turner
December 2, 2015
What an amazing woman who lead an amazing life. Her legacy is an inspiration to us all.
Pat Luke
December 2, 2015
I am very sorry for your loss. Please keep leaning on God, because he is away there to comfort you PSALMS 29:11
November 26, 2015
Showing 1 - 7 of 7 results