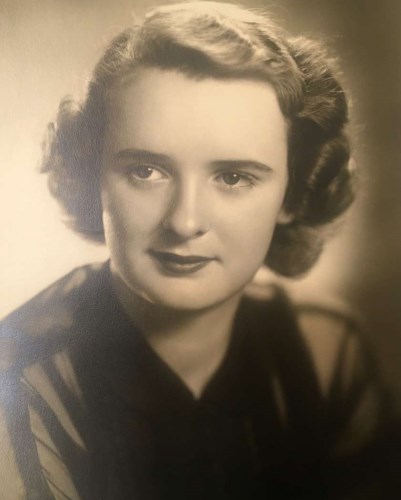 BORN
1934
DIED
2021
Natalie E. Ross died peacefully at her apartment at Patriots Colony, Williamsburg on July 19, 2021. Born April 20, 1934 in Illinois, Natalie was the daughter of Jerome S. and Eugenia F. Bond. She was predeceased by her parents, her husband Dr. Robert A. Ross (USA Ret.), and sister Carla. Natalie graduated from Miss Doherty's College Preparatory School for Girls in Cincinnati and the University of Wisconsin in Madison. She married 2Lt Robert A. Ross in June 1956 upon his graduation from the United States Military Academy. Natalie supported Bob's 20-year military career while raising their two children through a dozen moves throughout the United States and abroad, including two especially difficult years alone while Bob served combat tours in Vietnam. Natalie and Bob moved to Charlottesville after his retirement from the US Army in 1976, where Bob earned his PhD at UVA and became the first Institutional Researcher for Piedmont Virginia Community College and Natalie worked as a real estate appraiser for Albemarle County. Natalie hosted her grandchildren for many years in Charlottesville providing a refuge from dorm life and serving her famous waffle breakfasts and crab leg dinners. Natalie is survived by her son, attorney Marshall H. Ross of Richmond, her daughter Dr. Allison E. Zaro of Staunton, grandchildren Alia, Adam, Helen, Liz, and Rob as well as four great grandchildren Roman, Killian, Lewis, and Russell. The family plans a private celebration of remembrance.
To plant trees in memory, please visit our Sympathy Store.
Published by Virginia Gazette on Jul. 24, 2021.
MEMORIAL EVENTS
No memorial events are currently scheduled.
To offer your sympathy during this difficult time, you can now have memorial trees planted in a National Forest in memory of your loved one.
MAKE A DONATION
MEMORIES & CONDOLENCES
0 Entries
Be the first to post a memory or condolences.