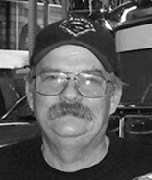 BORN
1954
DIED
2020
Blaine Bengtson 1954 - 2020 Blaine Richard Bengtson was born on April 24, 1954 in Shenandoah, Iowa to Carl Victor Bengtson and Melissa Beth Carl. He attended elementary school in Red Oak and Farragut, graduating with the Farragut Class of 1973. Following graduation he attended trade school in Omaha for a year. On July 22, 1978 he married Sandra Folkes in Sidney, Iowa and the couple had two daughters, Andrea and Mandy. Blaine worked at Jack Stanley's Co. and the Sidney Grain and Ag for several years. In 1985 he began his career working for the Iowa Dept of Transportation in Sidney, retiring from that position in 2016. Blaine enjoyed attending rock concerts, watching John Wayne movies, reading Marvel Comics, shopping for collectibles, gun shows, and target shooting. But most of all he enjoyed spending time with his family and traveling to see his grandchildren when possible. He was preceded in death by his father, Carl Victor Bengtson. He is survived by his wife of 42 years, Sandra Bengtson; Daughter, Andrea Perkins and husband Billy of Cedar Rapids, Iowa; grandchildren James and Josie; Daughter, Mandy Speltz, and husband Nathan of Winona, Minnesota; grandchildren Madelynn and Tyler. He is also survived by his mother, Melissa Beth Bengtson, and brother, Barry Bengtson, of Shenandoah. Sisters Victoria Meade, Gina Showers, Melanie Patterson, and Kelly Faris, and many other relatives and friends. Public Viewing and Visitation was held from 12:00 PM to 8:00 PM Monday, December 14, 2020 at the Crawford-Marshall Funeral Chapel in Sidney, IA. Due to the State of Iowa Covid-19 restrictions, the visitation was limited to 15 persons in the building at a time. There will be private family services at a later time with interment in the Sidney, IA Cemetery. Memorials will go to the Sidney Volunteer Rescue Squad. The Crawford-Marshall Funeral Chapel in Sidney, IA is in charge of arrangements.
To plant trees in memory, please visit our Sympathy Store.
Published by Shenandoah Valley News Today on Dec. 16, 2020.
MEMORIAL EVENTS
No memorial events are currently scheduled.
To offer your sympathy during this difficult time, you can now have memorial trees planted in a National Forest in memory of your loved one.
Funeral services provided by:
Crawford-Marshall Funeral Chapels
GUEST BOOK
1 Entry
My sincerest sympathies for the entire family. Blaine was a great person and will be sorely missed. My thoughts and prayers are going out for everyone.
Kimberly Murray
December 16, 2020