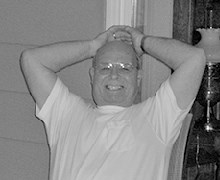 BORN
September 14, 1942
DIED
November 17, 2020
Carl Henry 1942 - 2020 Carl Henry was born on September 14, 1942, in Worth County, Missouri, the son of Carl and Vera (Davis) Henry. He passed away on Tuesday, November 17, 2020 at Bryan East Medical Center in Lincoln, Nebraska, with his loving wife, Martha, at his side at the age of 78 years, 2 months, 3 days. He was raised in Taylor County, Iowa and as a young man moved to Shenandoah, Iowa. Carl was highly active in the Shenandoah Jay Cee's where he held several local and state offices. He was a petroleum salesman for the Shenandoah Co-op for several years. He set extremely high goals for himself and was never satisfied until he reached them. He received several prestigious awards from the Co-op's supplier, Farmland Industries. Because of these awards, he was asked by Farmland on several occasions to be a part of their training schools at their headquarters in Kansas City. In 1991, a new opportunity came about, and he went to work for MidAmerican Energy. Before retirement, Carl had been employed by the remodeling department of Brown's Shoe Fit Co. where he discovered his true hobby and joy in woodworking. He genuinely enjoyed the challenge of making things for Martha, family and friends. He took great pride in his workmanship and always wanted to do the absolute best at whatever he did. Carl married Lois Acklin and to this union four daughters were born, Karen, Sandra, Susan and Amy. In 1981, Carl was united in marriage with Martha Murphy. Carl and Martha always found great joy working together side by side. He loved nature and always enjoyed the changing of the seasons and beauty of nature. He loved to vacation on the west coast as he was always fascinated with the ocean. Preceding Carl in death were his parents; three sisters, Jean, Jewell and Patricia; and three brothers, Vernon, Vincent and Volley. Left to cherish his memory are his loving wife of 40 years, Martha, of Shenandoah, IA; four daughters, Karen Riley and her husband Curtis of Essex, IA, Sandy Jennings and husband Steven of Riverton, IA, Susan Stevens and husband David of Essex, IA and Amy Henry of Shenandoah, IA; numerous grandchildren; numerous nieces and nephews; sister, Marianna Pinkerton and husband Ralph of Corvallis, OR; sister-in-law, Ruth Henry and special nephew, Chris Henry, and wife Toyzanne, of Eagle Point, OR; extended family of Jeremy and Amanda Peterson and their daughters, Kyrie and Tenley of Grimes, IA; other relatives; and many friends. Graveside funeral services for Carl were held on Monday, November 23, 2020 at 11:00 am at Union Grove Cemetery near Northboro, Iowa with Pastor Jack Langley officiating. Special music was "He'll Understand And Say Job Well-done", "Go Rest High On That Mountain" and "Banks Of Jordan". Honorary casket bearers were Russ Burroughs, Tom Erickson, Les Kirchert, Jeff Miller, Jeremy Peterson, Jake Polsley, Mike Rulon and Clint Wooten. There was an open viewing and visitation held for Carl on Sunday, November 22, 2020 at Nishna Valley Funeral and Cremation Service from 12:00 pm to 6:00 pm. Memorials in Carl's name are being directed to People For Paws. Professional services were under the direction of Nishna Valley Funeral and Cremation Service in Shenandoah. Remembrances and condolences may be shared with the family at: swimemorial.com on the web.
To plant trees in memory, please visit our Sympathy Store.
Published by Shenandoah Valley News Today from Nov. 21 to Nov. 25, 2020.
MEMORIAL EVENTS
Nov
22
Viewing
12:00p.m. - 6:00p.m.
Nishna Valley Funeral & Cremation Service
405 West Thomas Avenue P.O. Box 277, Shenandoah, IA 51601
Nov
23
Graveside service
11:00a.m.
Union Grove Cemetery
, Northboro, Iowa
Funeral services provided by:
Nishna Valley Funeral & Cremation Service
GUEST BOOK
0 Entries
Be the first to post a memory or condolences.