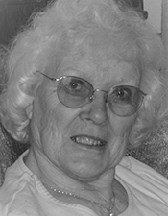 BORN
1932
DIED
2021
Joan Lynn 1932 - 2021 Joan Maxine (Eitzen) Lynn was born December 30, 1932 at the Hand Community Hospital in Shenandoah, Iowa to Herbert and Genevieve (Griffey) Eitzen, minutes after her twin sister. Joan passed away at Windsor Manor in Shenandoah on January 1, 2021, two days after her 88th birthday. Her early childhood was spent on a farm west of Coin, Iowa. After her father's death when she was 5, she worked hard with her mother and two sisters to stay on the farm. Eventually they moved to Shenandoah, and then to Farragut, Iowa. She and her sisters helped her mother run the local restaurant to support their family, working before and after school and even during their lunch break. Still she made time for school activities. Her senior year's basketball team was the first of many teams from Farragut to go to the Iowa Girls State Basketball Tournament. Joan and her twin, Judy, were guards. She graduated with the Farragut Class of 1951. After graduation she attended Northwest Missouri State University. She married Thomas James Lynn of Shenandoah on November 23, 1952 at the Congregational Church in Farragut which was just behind her house. Tom was in the Air Force and stationed at McGuire Air Force Base at Fort Dix in New Jersey during the Korean Conflict. They lived in Burlington and Mount Holly, New Jersey during this time. On one of their trips home, they were hit head on by a drunk driver in the middle of the night which put them both in the hospital in Ohio for 6 months with serious injuries. In 1955, they returned to Iowa where they farmed the original Lynn farm south of Shenandoah for their entire life, just three miles from where Joan originally lived. Three children enriched their lives: Robert Thomas, Teresa Ann and Karen Marie. Joan was a busy farmer's wife and mother who loved her family, animals and all types of gardening. She was especially adept at assisting in the birth of piglets. She was a talented seamstress, knitter, crocheter, baker, and cook. Joan was a member of Summit United Methodist Church, the Summit United Methodist Women and was involved in the neighborhood Women's MS Club. Tom and Joan enjoyed dancing and playing ten-point pitch cards. They were fortunate to travel the United States and Canada to visit family and lifetime Air Force friends over the years. Joan moved to Shenandoah in 2011, and then to Windsor Manor in 2016. She is preceded in death by her parents, husband Tom (2009), and twin sister Judith (2019). Those left to cherish are her children Bob (Robin) Lynn of Shenandoah, Teresa (Mark) Simmons of Shenandoah, and Karen Lynn (Dave Smissen) of Toronto, Ontario, Canada. Eight grandchildren AJ Simmons of Shenandoah, Crane Lynn of Council Bluffs, Iowa, Bret (Des) Simmons of Farragut, Casa Lynn of Lincoln, Nebraska, Dustin Simmons of Shenandoah, Chealsee (Eric) Klindt of Norwalk, Iowa, Clair (Devin) VanderMolen of St. Charles, Iowa and Thomas Smissen of Toronto, Canada. Also seven great-grandchildren Alexa, Bella, Sheyanne, Kutter, Macie, Sawyer, and Cohen. Also her older sister Norma Mann of New Hope, Alabama and her sister-in-law Sara Painter of Oklahoma City, Oklahoma as well as many nieces, nephews and friends. Open viewing was held on Friday, January 8, 2021 at the Hackett-Livingston Funeral Home. A private family service and burial will be held at a later date. Burial will be held at the Rose Hill Cemetery in Shenandoah. In lieu of flowers memorials may be directed to the Summit United Methodist Church. Remembrances and condolences may be shared with the family at www.hackettlivingston.com. Services entrusted to Hackett-Livingston Funeral Home.
To plant trees in memory, please visit our Sympathy Store.
Published by Shenandoah Valley News Today on Jan. 13, 2021.
MEMORIAL EVENTS
No memorial events are currently scheduled.
To offer your sympathy during this difficult time, you can now have memorial trees planted in a National Forest in memory of your loved one.
Funeral services provided by:
Hackett-Livingston Funeral Home
GUEST BOOK
0 Entries
Be the first to post a memory or condolences.