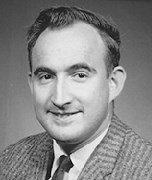 BORN
November 18, 1939
DIED
November 30, 2020
Lonwood V. Green 1939 - 2020 Lonwood (Lon) Virgil Green, son of Virgil Henry and Otellia Emelia (Klasi) Green, was born on November 18, 1939 in Cicero (Chicago), Illinois. He entered into eternal rest on Monday evening, November 30, 2020 at Garden View Care Center in Shenandoah, Iowa, at the age of 81 years, 12 days. His early life was spent in Cicero, Illinois. At the age of 17, he and his mother moved to South Dakota to be closer to relatives. A short time later they moved to Los Angeles, California, where he joined the United States Navy. While in the Navy he was stationed in Guam. He served four years in the Navy and decided to make the military his career. He then joined the United States Coast Guard where he served out his time. One of the more exotic tours he had with the Coast Guard was a 13-month assignment in Baffin Island, Canada. He retired from the military after 20 years of service in 1982. On June 21, 1963, Lon was united in marriage to Nellie Plybon and to this union three children, Susan, John and Aaron were born. They would later divorce and in March of 1985, Lon was united in marriage to Heinke Nielson in Biloxi, Mississippi. After retiring from the Coast Guard, Lon moved to Mississippi and later moved back to South Dakota before settling in Shenandoah, Iowa in 2013. Lon received his nursing degree in 1991 and worked as a traveling nurse until his retirement. He was a member of the Church of Jesus Christ of Latter Day Saints. His interests were in the languages, astronomy and music. Preceding him in death were his wife, Heinke; and his parents. Left to cherish his memory are his three children, Susan Crandall of West Point, NY, John Green of Burke, VA, and Aaron Green and his wife Lisa of Shenandoah, IA; 13 grandchildren; seven great grandchildren with one more on the way; other relatives and friends. Private family services were held. At a later date, burial at sea will take place with full Coast Guard military honors. Professional services were under the direction of Nishna Valley Funeral and Cremation Service in Shenandoah. Remembrances and condolences may be shared with the family at: swimemorial.com on the web.
To plant trees in memory, please visit our Sympathy Store.
Published by Shenandoah Valley News Today on Dec. 12, 2020.
MEMORIAL EVENTS
No memorial events are currently scheduled.
To offer your sympathy during this difficult time, you can now have memorial trees planted in a National Forest in memory of your loved one.
Funeral services provided by:
Nishna Valley Funeral & Cremation Service
GUEST BOOK
0 Entries
Be the first to post a memory or condolences.