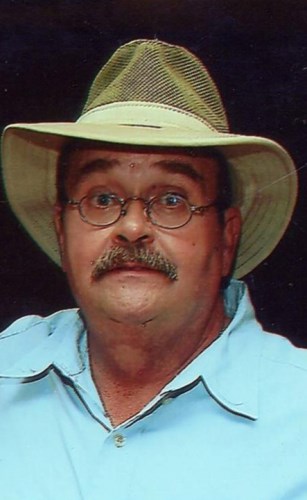 BORN
1953
DIED
2021
FUNERAL HOME
OakCrest Funeral Home - Waco
4520 Bosque Boulevard
Waco, TX
Gatesville - Michael Guy Anderson (68) of Gatesville, Texas went to be with our Lord and Savior on September 6, 2021. He was born to Guy and Marilyn Anderson on August 1, 1953, in Harlingen, Texas. Michael was the oldest of six children and he dearly loved his family. He grew up in Harlingen, Texas where he attended St. Paul Lutheran Church. A graduate of Harlingen High School, Michael played football and was active in FFA where he won several awards for the pigs and steers he showed. After High School, Michael joined the United States Navy to serve our country.

Michael married the love of his life, Deborah Jean Williams at St. Paul Lutheran Church in 1976. They spent the first years of their marriage in Harlingen, then moved to Corpus Christi, Texas to raise their family. Michael spent most of his life as a truck driver, but in the late 90's he went to work for TDC which brought him and his wife to Gatesville.

Michael was preceded in death by his wife, Deborah; mother, Marilyn; his beloved grandparents, Arthur Leo and Leora Wilson, Earl and Althea Anderson, and JB and Loney Jennings; and his nephew, James Anderson.

A memorial Service will be at 11 am, Saturday, September 25th at St. Paul Lutheran Church.

You may sign the online guestbook at www.oakcrestwaco.com.
Published by Valley Morning Star on Sep. 19, 2021.
To plant trees in memory, please visit the Sympathy Store.
MEMORIAL EVENTS
Sep
25
Memorial service
11:00a.m.
St. Paul Lutheran Church
TX
Funeral services provided by:
OakCrest Funeral Home - Waco
MAKE A DONATION
MEMORIES & CONDOLENCES
Sponsored by OakCrest Funeral Home - Waco.
1 Entry
My condolences to you all. I sure am going to miss Mike. Didn't get to see him often,but he certainly made this world a better place!! Love you.
Tammy Constancio
September 19, 2021
Showing 1 - 1 of 1 results