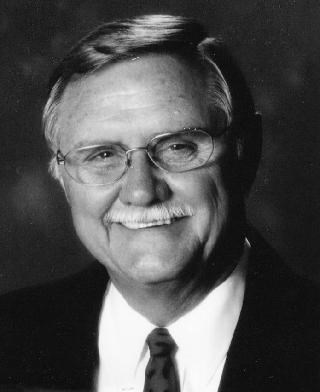 BORN
1934
DIED
2021
James Hanson Brandt, "Jim" of Nokomis Fl, passed away peacefully on Monday, October 25th. He was surrounded by his wife, Pat, and son, Hadley. He was 87 years old. Jim was born in McPherson, Kansas, to William and Elizabeth Brandt on October 1st, 1934. In 1955, he married the love of his life, Patty Sue Hasemeier, and on October 22nd, they celebrated their 66th wedding anniversary. In 1964 Jim received his Veterinary Medical Degree from Oklahoma State University. He, Pat, and Hadley moved to the Venice area and opened Brandt Veterinary Clinic, where Jim cared for the animals until his retirement.

While not only caring for God's creatures and their owners, Jim was a leader in the community, having sat on many boards as a member or officer: a director of Guaranty Bank of Southwest Florida and Venice Hospital and as a founding director of The Venice Foundation.

A celebration of Jim's life will be held at St. Mark's Episcopal Church in Venice at 11 am on Thursday, November 4th.

In lieu of flowers, Jim's family asks that donations be made to the AVMA Foundation (www.avmf.org), a charity of your choice, or St. Mark's Episcopal Church.
Published by Venice Gondolier Sun on Oct. 30, 2021.
To plant trees in memory, please visit the Sympathy Store.
MEMORIAL EVENTS
Nov
4
Celebration of Life
11:00a.m.
St. Mark's Episcopal Church
Venice, FL
MAKE A DONATION
Please consider a donation as requested by the family.
MEMORIES & CONDOLENCES
2 Entries
I was very sad the passing of Jim I was always treated like family when I worked on your home ( many thank you´s for that) my deepest sympathies to you. Sincerely Bill Zinser
William "Bill" Zinser
Friend
November 6, 2021
To my Aunt Pat and my cousin Hadley & family. I'm very sorry for the loss of my Uncle Jim. Prayers to you all and may you be comforted from the Lord.
Marcia Mccloure
Family
November 3, 2021
Showing 1 - 2 of 2 results