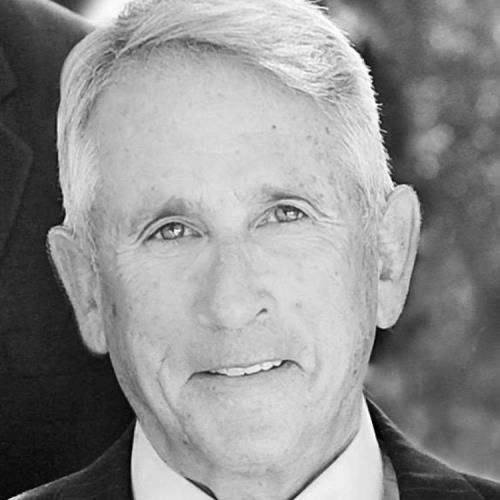 He is survived by his loving wife and best friend of almost 45 years, Janet Jacobs, his children, Anzac, Sarah (Josh Rosenberg) and Jesse (Jessica) Jacobs and his sister, Eileen (Howard Plotkin), and brother, Jack (Janet). Allan also leaves behind 5 grandchildren with a sixth on the way.

Allan, an avid hiker, swimmer and gardener, loved to fish in the ocean, walk with his wife, and be outdoors in his beloved hometown of Ojai.

Allan, who served in the Peace Corps in Bolivia, always had a passion for community service. He was an attorney at Waite, Jacobs and Atkinson for over 40 years and was active in Rotary and local conservation efforts through the Ojai Valley Land Conservancy.

A private memorial service was held for family. A celebration of his life is being planned for a date in the near future.

In lieu of flowers, donations may be made in Allan's memory to the Rotary Club of Ojai Education Foundation Scholarship Program (P.O. Box 511, Ojai, CA, 93024) and the Ojai Valley Land Conservancy (P.O. Box 1092, Ojai, CA 93024).
To plant trees in memory, please visit our Sympathy Store.
Published by Ventura County Star on Oct. 20, 2017.
MEMORIAL EVENTS
No memorial events are currently scheduled.
To offer your sympathy during this difficult time, you can now have memorial trees planted in a National Forest in memory of your loved one.
MAKE A DONATION
MEMORIES & CONDOLENCES
3 Entries
We are sorry to learn of the passing of Allan, but grateful for his service to our nation with the Peace Corps in Bolivia.

Our Condolences,
The National Peace Corps Association
October 24, 2017
The greater Jacobs family has given more to benefit the health and preservation of Ojai than can ever be rewarded. My sincere condolences to the entire family.
Larry Kennedy
October 23, 2017
I am very sorry to learn of Allan's passing. He was a great guy and a wonderful human being. I used to see Allan and Janet at each of the Ojai Rotary Club "Taste of Ojai" events at the Ojai Valley Inn. Each year it was always fun to take photos of Janet and Allan having a good time at the Taste of Ojai event. He will truly be missed by condolences to Janet and the Jacobs family and friends.
Peter Drake
October 22, 2017
Showing 1 - 3 of 3 results