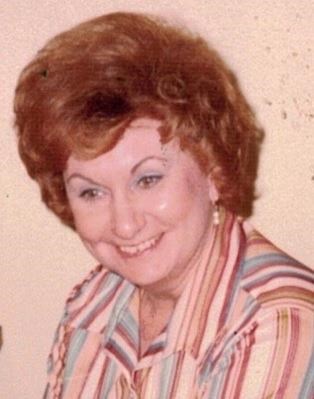 Anita was born on December 30, 1929 in Burlington, Iowa and she was a Ventura County resident for the past 49 years. Anita lived a wonderful, multi-faceted life.

She had a long and varied life. She grew up on a farm in Burlington, Iowa during the depression as the youngest of six children. She wanted to finish high school but it wasn't possible. At 19 she married. In 1952 she followed her husband to France for a year. He was in the army, stationed near Verdun. On weekends they traveled around Europe to places like Holland, Belgium, Paris, and the French Rivera. Their daughter, Christine, was born in Europe.

In 1955 the family moved to California and Anita had a son, Timothy. The marriage ended and Anita remarried. In 1961 the new family moved to Anaheim, CA. Anita raised a family, worked in aerospace, and finished her high school education. In 1968 the family moved to Grand Junction, Colorado and bought 50 acres on the Colorado River. They raised alfalfa, tomatoes, and melons. In the winter they boarded horses.

In 1971, the family returned to California and settled in Ventura County. Anita went into real estate and became a broker. She sold real estate in the 1970's and 1980's for California Oaks and Century 21.

Anita always wanted to have a business so in 1986 she bought The Chocolate Place in Ventura. It was a busy time and she enjoyed making treats that made people happy.

In 1989, the economy changed so Anita sold the business and moved on to another life-long interest, sewing. In the 1990's she worked at Beverly Fabrics making display items for the store. The sewing area was located on the second floor overlooking Main Street in Ventura. She enjoyed watching the daily activity and parades downtown.

In 1996 she thought it would be fun to manage a Salvation Army Thrift Store and she did that for 6 years. After the Salvation Army, she worked one more year for a Title company and retired in 2004.

Over the next 15 years Anita made almost 2,000 items to sell at the Senior Craft Shoppe located in downtown Ventura. She loved to sew, knit, and crochet so the shop gave her a creative outlet and she enjoyed meeting new people at the shop.

Anita is survived by her daughter, Christine Cote Ring, of Ventura and one grandson, Benjamin Cote, of Bakersfield. Anita was preceded in death by her son, Timothy Cote. She was the youngest of 6 children and they also all predecease her.

Due to COVID-19 regulations and restriction, a private funeral service will be held for family members only.

In lieu of flowers, a memorial donation may be made in her honor to the Ventura County Chapter of the American Cancer Society, 2186 Knoll Drive #A, Ventura, CA 93003.


Published by Ventura County Star from Aug. 13 to Aug. 16, 2020.
To plant trees in memory, please visit the Sympathy Store.
MEMORIAL EVENTS
To offer your sympathy during this difficult time, you can now have memorial trees planted in a National Forest in memory of your loved one.
Funeral services provided by:
Joseph P. Reardon Funeral Home & Cremation Service
MAKE A DONATION
Please consider a donation as requested by the family.
MEMORIES & CONDOLENCES
Sponsored by Joseph P. Reardon Funeral Home & Cremation Service.
1 Entry
Sad news to learn of Anita's passing! She was a wonderful person, and was super at whatever she put her talents to be part of. I loved her wonderful chocolates, however, I was unlucky to ever obtain one of her sewing articles. I used to see her at the now long gone Salvation Army store across from Ventura College. My condolences to Chris and all of those that knew Anita.
Peter G. Drake
Acquaintance
August 14, 2020
Showing 1 - 1 of 1 results