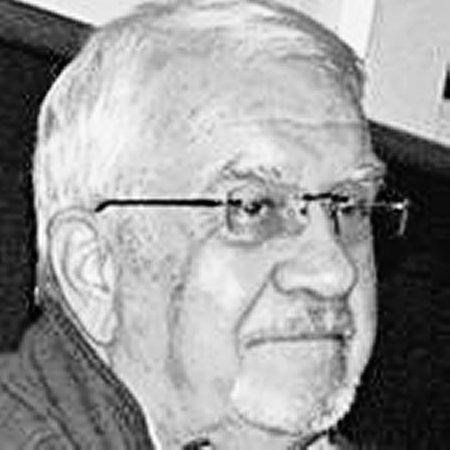 Todd was born in Philadelphia, PA, on December 20, 1935. His family later moved to Washington, DC. Todd graduated from American University with a BA in History & Economics.

Todd worked as a computer systems analyst and financial manager for the Navy, starting in 1961, first in DC and later in Bangor, WA, before moving to Oxnard. He retired in 1994 after 33 years as a Navy civil servant.

Todd was an active community volunteer. Since moving to Ventura County in 1981, Todd volunteered with the California Strawberry Festival and served on its Executive Board. In Camarillo, he served as a Long-Term Care Ombudsman advocating for residents in local assisted-living facilities, served on the Camarillo Council on Aging board, was an AARP senior driver safety instructor, and served on and chaired the Camarillo Fiesta Association.

A memorial service will be held on November 6, 2015, at 2:30pm, at the Perez Family Funeral Home, 1347 Del Norte Rd., Camarillo, 805-983-3457
Published by Ventura County Star from Nov. 1 to Nov. 2, 2015.
To plant trees in memory, please visit the Sympathy Store.
MEMORIAL EVENTS
To offer your sympathy during this difficult time, you can now have memorial trees planted in a National Forest in memory of your loved one.
Funeral services provided by:
Perez Family Funeral Home - Camarillo
MAKE A DONATION
MEMORIES & CONDOLENCES
3 Entries
Todd and I met in the early 1970's when he and other team members designed and implemented a new financial (and work progression) automated system for those activities under the Naval Facilities Engineering Command.
At the time, he worked in Port Hueneme and I, in San Bruno. As years past, we stayed in touch. We worked in some of the same geographic areasprimarily, Washington, D.C. and Silverdale/Bremerton/Poulsbo WA--- but in different years.

It's nice to have had a long-time friend with whom I could share private-life experiences and work memories!

Lyla (Walker) Moore
Lyla Moore
November 5, 2015
I knew Todd when we both worked on the Camarillo Fiesta Committee. Yes, he was rough around the edges but soft in the middle. He cared deeply for his daughter & granddaughter. The Community benefitted from his volunteer work and as an Ombudsman. My condolences to his family.
Michael McMullen
November 3, 2015
My sincere condolences to Todd's family and friends in his passing. I am saddened to hear of his passing. I worked for Todd on a data management reassignment position for 1 year at the Field Data Systems Office (FDSO) in the 1980's when he managed that office. A remember the Christmas parties also that were put on in his office before I was assigned to work for Todd. FACSO employees back then would come to enjoy all the goodies set out for all to enjoy. I remember Lloyd, Nancy, Kenn, Art, Terry (have I missed anyone else?) that worked with him as well. I saw him a few times after his retirement during his community work. May Todd rest in peace.
Cynthia Lawton
November 3, 2015
Showing 1 - 3 of 3 results