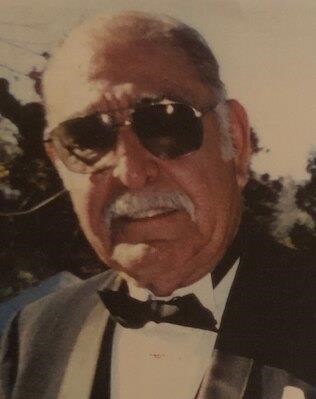 What can I tell you about Frank? I could tell you he was born August 2, 1932 in Ventura California. He passed away January 28, 2021 He is one of 8 children born to Soledad and Francisco Duran. He attended Mill School elementary, mostly. He was often sent home for his naughty behavior unless he was needed to play in a baseball game. He and his family lived and worked on the Canet Ranch. That is when our father developed a love for ranching. When he was 20, he was drafted into the Army where he fought for our country in the Korean War. He received a Purple Heart for his service. After being honorably discharged, he met and married the love of his life, Joanne. They were together for 50 years. I could tell you all of those things but what I want to tell you most about our father was that he was a great man.

He was hard working and loyal. In Ojai California, he managed one of the most successful citrus ranches in town. He loved that ranch. He worked from sunup to sundown. He instilled in us a work ethic that is second to none. He always encouraged us to surpass our potential. Family was most important to our father. When my mother was sick, he never left her side. His brothers and sisters were very important to him. At family reunions it was such a privilege to sit around the picnic tables and listen to my aunts, uncles and he share their childhood stories. He taught us that family was most important no matter what.

My father is preceded in death by his beloved wife, Joanne Duran, mother and father Soledad and Francisco Duran, his siblings, Adam Pulido, Conrad Duran, Teresa Valencia, and Pete Duran. He is survived by his daughters Jody Duran, Judy Cutillo, Jacqueline Wilson (the favorite), and her husband John, Janet Duran (really his favorite), his granddaughters Melissa Blanchard, Kimberly Wilson, great grandsons JJ Blanchard, Zachary Blanchard, Milo Goodman. He is survived by his siblings Gracie Varela, her husband Martin, Bill Duran, Anna, and George Duran, his wife Solie; his brother-in law Jack Morrison, and his wife Rebecca. He also had many cousins, nieces, and nephews whom he loved greatly. The family wishes to extend their gratitude to the doctors, and nurses who treated our dad on the COVID floor of the Community Memorial Hospital in Ventura California.


Published by Ventura County Star from Jan. 29 to Feb. 3, 2021.
To plant trees in memory, please visit the Sympathy Store.
MEMORIAL EVENTS
Feb
5
Mass of Christian Burial
10:00a.m.
Mission Basilica San Buenaventura
211 E. Main Street, Ventura, CA
Funeral services provided by:
Joseph P. Reardon Funeral Home & Cremation Service
MAKE A DONATION
MEMORIES & CONDOLENCES
Sponsored by Joseph P. Reardon Funeral Home & Cremation Service.
6 Entries
My condolences to Billy and all the Duran family. My thoughts and prayers are with you all.
Della Garcia
February 7, 2021
Frank was such a wonderful guy, and always a fountain of knowledge and wisdom when it came to ranch stuff. He was often at our ranch, always fixing our shared water line that ran through our ranch to his. As a kid it was always fun to hear Frank and my father and grandfather swear up a storm, laughing and complaining about any number of issues from equipment, the price of lemons or any of a hundred daily nuisances of the ranches. Then they would get back to work until the next time. Frank always had a smile on his face and a great story to tell. He was the ranch maestro of Matilija Canyon, and will be greatly and sorely missed. Condolences to the Duran girls and his extended family. The memorial service was lovely and very touching....
Mike Etchart
Friend
February 5, 2021
I’m so sorry to hear of the passing of Frank. I remember him from my childhood. May he rest in peace
Sharrie Sawyer Singmaster
Acquaintance
February 4, 2021
May God bless you and your family in this time of sorrow.
karen mcbride
February 3, 2021
Our family has many fond memories of your father. I remember my grandfather and father always had nothing but nice things to say about him. Every time we went over to the ranch, as you noted, he was working hard on one thing or another. He was a good man. Please accept our condolences.
Mark Etchart
Friend
January 31, 2021
Condolences to the entire Duran family. Frank was a life-long friend of the Marquez family. He will be missed.
God Bless
Fred and Carolyn Marquez
Friend
January 30, 2021
Showing 1 - 6 of 6 results