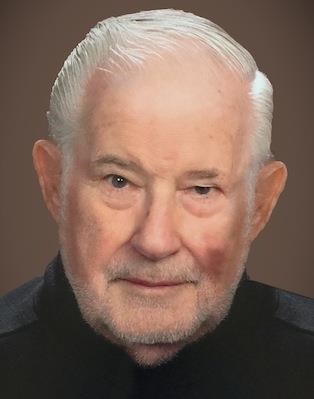 Perris - George Murray Nichol died at the age of 91 in Perris, California on September 1st, 2020. His loving family was by his side.

George was born in Santa Monica on June 21, 1929, to his parents, Walter Tait Nichol and Isabella Christie Murray Nichol. George graduated from Santa Monica High School, class of 1947. He served in the United States Army's 7th Infantry Division during the Korean War. After the war, George married the love of his life, Marlene Geraldine Kennedy. They had 67 wonderful years together. George worked the better part of his adult life for General Telephone & Electronics, where he retired as supply warehouse manager in 1986.

During his retirement, George was very involved in several clubs and philanthropic endeavors. He was on the board of the GTE Retiree's Golf Association, he worked on telephone refurbishment for the disabled, and as part of the Independent Telephone Pioneer's Association Club, he presided over a program that granted scholarships to many college-bound students.

In addition to his wife, he is survived by his four children, Deborah Lynne Pugliese and her husband Joseph Pugliese of Thousand Oaks, Sherrie Lee Duncan and her husband Dana Keith Duncan of Camarillo, George Scott Louis Nichol and his wife Monica Marie Nichol of Perris, and Christie Lou Nichol; his six grandchildren, Joey Pugliese, Michelle Pugliese, Brittany Olshove, Brandon Duncan, Tyler Nichol, and Jarod Nandin, as well as six great-grandchildren. Our beloved husband, father, grandfather, great-grandfather and friend will surely be missed.

Per George's wishes, there will be no public funeral. He will be interred at the Riverside Veterans' Cemetery. His family is asking that, in lieu of flowers, any donations be given to your favorite charity, given in George's memory.


Published by Ventura County Star from Sep. 13 to Sep. 15, 2020.
To plant trees in memory, please visit the Sympathy Store.
MEMORIAL EVENTS
To offer your sympathy during this difficult time, you can now have memorial trees planted in a National Forest in memory of your loved one.
MAKE A DONATION
Please consider a donation as requested by the family.
MEMORIES & CONDOLENCES
0 Entries
Be the first to post a memory or condolences.