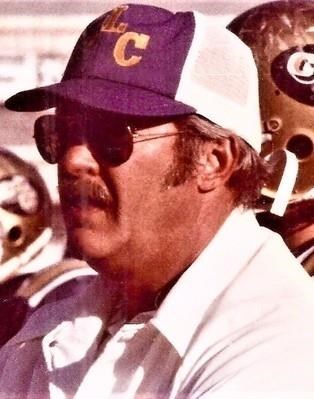 John was born in New Jersey in 1931 to Richard and Evelyn Tomec. After graduating from Haverford College, he served in the US Army in the Counter Intelligence Corps. John received his medical degree from the New York Medical College. He completed his internship and surgical residency at Mountainside Hospital. It was here that he met his future wife, Dorothy (Sawicki). He went on to complete his Orthopedic Fellowship at Johns Hopkins Hospital.

Within a year after moving to California, John joined Dr. Paul Yen's orthopedic practice in Thousand Oaks. He became the second orthopedic surgeon in the Conejo Valley. Specializing in sports medicine, he was very involved in youth, college and professional sports. He served as the team physician at California Lutheran College from 1967 to 1992 and never missed a football game in those 24 years. For 20 years, he worked as the orthopedic consultant and Medical Coordinator for the Dallas Cowboys Training Camp.

Outside of his practice, John was involved in various community programs including Community Leaders Club and his children's club and high school swim teams. He donated countless hours serving on committees that were instrumental in the building of Los Robles and Westlake Hospitals. In 2006, California Lutheran inducted John into the University's Athletic Hall of Fame, highlighting his dedication and service.

After retiring, John and Dottie enjoyed traveling, visiting their children, family and friends, and spending time fishing at Lake Nacimiento. John transferred his surgical skills into his love for woodworking. His garage became Santa's Work Shop, where he created beautiful and one-of-a-kind heirlooms for his family. His garage contained every tool you could imagine, and if they didn't make what he needed, he would make it himself.

John is survived by his wife of 56 years, Dottie; his sister Gail; his wonderful children, Scott, Karen and Kristen; and his four incredible granddaughters, Stephanie, Sydney, Kayleigh and Alexa.


To plant trees in memory, please visit our Sympathy Store.
Published by Ventura County Star on Jul. 14, 2019.
MEMORIAL EVENTS
No memorial events are currently scheduled.
To offer your sympathy during this difficult time, you can now have memorial trees planted in a National Forest in memory of your loved one.
MEMORIES & CONDOLENCES
3 Entries
I began working for Dr. Tomec and Dr. Yen in 1980. Dr. Tomec was a wonderful employer, a brilliant surgeon, and a delightful conversationalist. After eleven years working there, I began my teaching career but we stayed friends and he and my husband would go fishing, he and I would discuss books, and there was always sports to catch up on. He has left an indelible mark on all of our lives and will be missed! Our thoughts are with his family,
Michaela and James Reaves
Michaela Reaves
July 16, 2019
Dr. Tomec rebuilt my leg after a drunk driver crushed my femur. I was able to play basketball again. He gave me a normal life again and I will always be grateful. Every blessing to his family.
July 15, 2019
My fondest memory of Dr. Tomec was when my daughter, at age 7, saw him for a broken arm. When we left the office, with her arm in a sling, she said, "It would be fun to work in a doctor's office." When I asked her what she would like to do, she replied that she could be a nurse. I told her that she could be a doctor, too, if she wanted to and she said she couldn't because, "Only men can be doctors." That conversation led to the local AAUW's Women's History Project. My daughter is now the surgical director for cranio-facial services for southern CA Kaiser. She and I both owe her success to that office visit!
Sandy Hindy
July 14, 2019
Showing 1 - 3 of 3 results