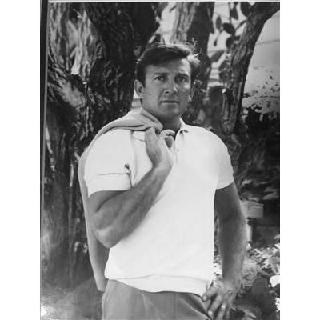 Louie Nicholas Elias, Jr. was born on November 21, 1933, and raised in Burbank, CA with the shadow of the movie sets forming the backdrop of his childhood, to a dad whose jobs shifted between a Hollywood caterer and a bookie, and a mom who wasn't your warm and fuzzy type, "Action Louie" learned quick and fast how to survive the streets. His charisma got him out of many scrapes, but where charm failed he earned a reputation as a kid not to mess with, and in one shape or another that formed the story line of his life.

When beauty queen Carol Lilly stood up Louie for a date, she unknowingly sparked the cornerstone of his existence: don't back down. They eloped to Las Vegas on Halloween night in 1955. Five children later their home bustled with vibrancy and cacophony. Their marriage spiked between love, loyalty and glamour and the betrayal of human foibles. By 1975 they separated, found their way back together in 1983, separated again but never divorced. Their love and devotion to their family remains a central theme of their lives.

Born a natural athlete, Louie excelled in sports. At UCLA he played for the Bruins at the Rose Bowl under esteemed coach Red Sanders.

He briefly joined the ROTC to avoid the draft, did reserve camp and hated it. Most assuredly, he never liked people yelling orders at him.

After college, he played professional football until knee injuries got him cut.

He returned to Hollywood, beginning as an extra, and worked into a bit part actor. His first stunt job on Spartacus earned him his first stunt injury when Kirk Douglas drowned him in a soup cauldron and gave him a cut to his chin and a scar for life. Up until the millennium with over 150 film and TV credits to his name, Action Louie leapt from the tower of F-Troop, fought his way out of The Wild Bunch, raced into the Vanishing Point, and took the fall for all those chiseled men of the screen. He wrote screenplays, and later became a commercial actor. He loved the action.

Louie died on December 13, 2017 but leaves his legacy through the life he led.

Live a life of passion. Be fearless. Question authority. Fight for what you believe in no matter the odds. Love your family. Don't stop moving.

Memorial donations may be made to the Motion Picture Television Fund.
Published by Ventura County Star on Jan. 11, 2018.
To plant trees in memory, please visit the Sympathy Store.
MEMORIAL EVENTS
To offer your sympathy during this difficult time, you can now have memorial trees planted in a National Forest in memory of your loved one.
MAKE A DONATION
MEMORIES & CONDOLENCES
9 Entries
Thoughts and prayers
Nick Starr
March 18, 2018
RIP :Louie , May the Divine Beings on the Celestial Court, Bless, guide and protect your soul to its rightful place next to the creator in the cosmos.
Pete Antico
February 4, 2018
The "Airwolf" fans will miss him as he wrote one of the iconic doppleganger fan-favourite Season 3 episodes for the show ('AIRWOLF II') in the mid-80s, whilst guest-starring in quite a few episodes during that season as the head of the show's "S.W.A.T." team (aka the 'Zebra Squad'). He was terrific.

Condolences from us to the Elias family. A talented man indeed
Mark Cairns
January 31, 2018
Oh Louie,
Its been so many years since I saw you last, but I never forgot your great laugh, love of life, enthusiasm & passion! I know you will be greatly missed!
Kathy Small
Friend
January 20, 2018
Hi Tami, your dad was quite the character and it has to be something of a consolation to you and your family that he lived such a full and adventurous life. You've got a lot of great memories that I hope will help to sustain you in this difficult time.
Jay
Jay Goldberg
January 16, 2018
Truly the funnest Dad in the neighborhood! I have So many fond memories of him growing up and later on into adulthood. I' m sure he'll be missed by many, including me . Rest In Peace Louie!
Cheryl Wallace
January 15, 2018
I remember Louie doing stunts on the grass in the front yard when we were in 6th grade. All the kids thought Mike had the most incredibly fun Dad!.
JW
jody weiss
January 14, 2018
You will be sadly missed by all the Lancer fans, Louie.
Linda Ryther
January 12, 2018
Rest In Peace Louie. The Lancer Ladies miss you
Lori Tsukiji
January 11, 2018
Showing 1 - 9 of 9 results