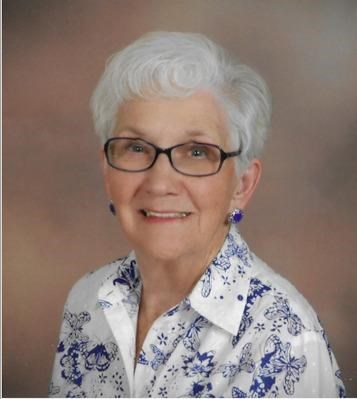 On December 15, 2020 Marcia Freeman Bevard passed away after a brief illness. She was 92 years young, born to George and Elizabeth (Roberts) Freeman on May 28, 1928 in Los Angeles, California. A proud Southern California native, she had many happy memories of riding the Red Line, dancing at the Brown Derby with her beloved high school "buddies", the High Brows and never missing the call of a Dodger game. After graduating from Dorsey High School, she then attended Santa Barbara City College where she met her first husband and the father of her four children, Jim Webster.

In 1964 she moved to Ventura County and in 1968, after being a homemaker for 18 years, opened a successful women's clothing shop in Camarillo with her namesake, "Marcia". She continued her career in sales and met and married Dale Bevard spending 15 happy years living in Prescott, Arizona. They spent their time traveling around the United States, often in an Airstream Motorhome, a thrill for Marcia who had seldom left California. She met many dear friends who she would visit regularly after she left the area with Dale's passing.

Marcia later came back to Camarillo CA to be near her family. She made a wonderful life for herself playing Bridge, Words with Friends and sharing time with the many friends she made here.

Over the years Marcia was often drawn to two of her favorite places; Lake Tahoe CA for its serenity and beauty, and Laughlin NV where she spent many enjoyable times with her sister/best friend. Like her mother she always enjoyed a good game of chance.

Marcia was a long-standing member of the United Methodist Church, being part of both Camarillo and Prescott congregations. She participated in the Steven's Ministry and enjoyed bible classes throughout the years. She often spoke of how her deep relationship and abiding faith in her Heavenly Father brought her great comfort and strength throughout her life. Being a strong woman, she never let life's curve balls detract from the beauty and enjoyment that the smallest things would bring.

A celebration of life is pending for spring or summer.


Published by Ventura County Star from Dec. 28, 2020 to Jan. 10, 2021.
To plant trees in memory, please visit the Sympathy Store.
MEMORIAL EVENTS
To offer your sympathy during this difficult time, you can now have memorial trees planted in a National Forest in memory of your loved one.
MAKE A DONATION
MEMORIES & CONDOLENCES
0 Entries
Be the first to post a memory or condolences.