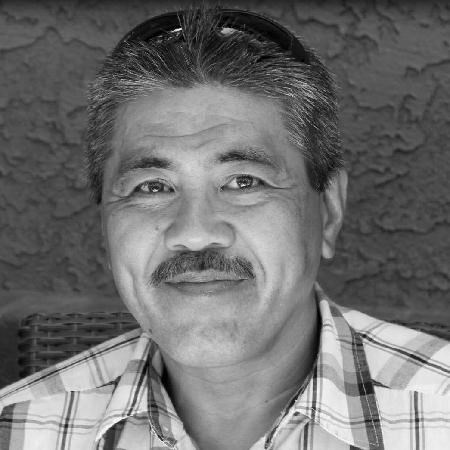 Michael John Mendoza was 56 years old when his life was stolen away from us. His daughters remained steadfast at his hospital bedside and were present as he took his final breaths on August 13, 2018.

Mike was born on September 28, 1961 in Long Beach, CA to parents, Simeon and Fe Mendoza, and older brother Joseph. He graduated from Hueneme High School in 1978, enlisted with the United Stated Navy in 1979, received an honorable discharge following three years of service in 1982, and married his first love Donna Gauthier in February of 1983. Mike and Donna welcomed daughters Jayme and Melissa in the years that followed. He also welcomed two additional children, Michael Jr. and Nicholette, during his second marriage.

Mike was employed for many years in facilities operation/maintenance, and was known as the neighborhood 'handyman.' He was a natural problem-solver and always open to helping others with projects at work and home. His hobbies included constructing and piloting remote controlled airplanes, playing guitar, singing karaoke, riding his Harley-Davidson, surfing, skateboarding, and testing lady luck in Las Vegas or Chumash.

Mike lead life on his own terms. He was a charismatic and generous individual who loved his family dearly. He devoted his time to caring for his daughters and grandchildren and to cultivating friendships throughout the community.

In Winter of 2017, Mike was diagnosed with Stage-III Oropharyngeal Cancer. He underwent extensive surgery and facial reconstruction at USC Hospital, followed by months of recovery, rehabilitation efforts and a demanding regimen of Radiation Therapy, all in the hope of remission. He was truly committed to surviving cancer.

Tragically on July 11, 2018, Mike fell victim to a violent crime outside of his home in Oxnard, CA, leaving him with a bullet in his brain. Fueled by relentless courage, he held on to life for 33 days; experiencing many highs and lows as he attempted to recover.

Mike is dearly missed by his loved ones who are finding comfort in the belief that he is no longer suffering. He is survived by his four children, Jayme, Melissa, Michael, Jr. and Nicholette; four grandchildren, Calvin, Charlie, Myles and Leo; brother, Jonathan; step-mother, Leticia; former spouse, Donna; as well as numerous aunts, uncles, cousins and beloved family friends. He was preceded in death by his parents and eldest brother.

Mike's family would like to thank St. John's Regional Medical Center's medical staff and chaplains for the care they provided, the Nazareno, Komski, Marcelino and Glover Families for strength and comfort during his final days, as well as, the local community for the outpouring of love and support. His family is humbled by the generosity and heartfelt tributes they've witnessed honoring Mike's spirit.

Mass will take place at 10:00 am, on Monday, August 27, 2018, at Sacred Heart Church, 10800 Henderson Road, Ventura, followed by interment at Ivy Lawn Memorial Park, 5400 Valentine Road, Ventura. All are welcome to attend and celebrate his life.

Arrangements are under the direction of the Ted Mayr Funeral Home. Condolences may be sent to TedMayrFuneralHome.com.

Michael, I remember those summer days in "72-74 when our fathers were away in the Navy, growing up in West Pittsbur, hanging out with you and Joe, throwing football across our front yard. Good memories. You had that same grin and the long hair, you were always the rebel. Funny how our families ended up in Oxnard! Over the years we all had moved on but whenever I was in town I always visited your Mom, she would tell me how you and Joe were doing. Michael you were only on this earth a short while ...
You will be missed, memories of you will always live on in your children, your friends and family.
G Sales
August 19, 2018
My heart is heavy with sadness, Mike was always a pleasant person to have around. I'm going to miss our friendly conversations at my work. He loved his family and will be forever in my thoughts. There are special people in our lives who never leave us even after they are gone.
Cassandra Cervantez
August 19, 2018
My deepest condolences to your family & everyone who knew you. May you fly high with the Angels. Rest in paradise.
Lisa Cervantez
August 19, 2018
Showing 1 - 8 of 8 results