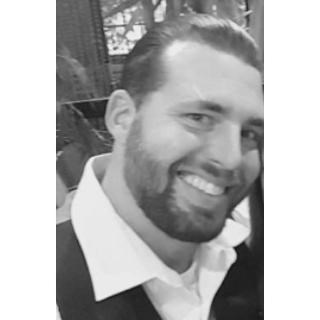 Spencer M. Turner, 27, of Ventura, died December 4, 2016. The son of Barbara & Bryan Turner, he was born June 22, 1989. Spencer was a loving, caring, and solicitous son, brother, and father. Preceded in death by father, Bryan Turner and grandfather Martin Van Eyk. Spencer leaves behind mother Barbara & stepfather Bob Lutrell, twin sisters Arielle and Bryanna Turner, brothers Keegan Germano & George Harrison, grandmother Hetty "Grandma Orange" Shurtleff, and loving girlfriend Becca Reindl. Spencer leaves behind many other family members including nieces, nephew, aunts, uncles, cousins, and close friends. Spencer owned a local hauling business named "805 Haul" and will be most remembered for his huge smile and warm heart. Those that knew Spencer can attest to not only his large size in presence but his larger than life spirit and laughter.

Family and friends are invited to A Celebration of Life Sunday, December 11 at 1pm in the Majestic Ventura Theater. Arrangements are under the direction of the JOSEPH P. REARDON FUNERAL HOME & CREMATION SERVICE, Ventura.

Published by Ventura County Star from Dec. 8 to Dec. 9, 2016.
To plant trees in memory, please visit the Sympathy Store.
MEMORIAL EVENTS
Dec
11
Celebration of Life
1:00p.m.
Majestic Ventura Theater
CA
Funeral services provided by:
Joseph P. Reardon Funeral Home & Cremation Service
MAKE A DONATION
MEMORIES & CONDOLENCES
Sponsored by Joseph P. Reardon Funeral Home & Cremation Service.
23 Entries
It's been five years since you left us. Not a day goes by that I don't think of you. My life changed forever on that day. Our family has never been the same. I love you and miss you always and forever. Tears roll down my face as I think of you and what your life could have been like. The heartache of your death is everlasting and is my love for you
Mom
Family
December 2, 2021

Spencer Turner
Barbara Luttrell
Mother
December 3, 2020
Hi Spencer,
it's momma, and I miss you everyday. Things have changed a lot since you passed. The girls are doing great and Keegan and his family have a great relationship with your son. I love you! Forever and always. My life has changed. I will always have a hole in my ❤ heart. I see all your friends getting on with their lives and how I wish I could see you too, getting older, having kids. I love you and I miss you.
Barbara Luttrell
Mother
December 2, 2020
I miss you, you made me so proud. I love that you were so kind, so funny, so loved and worked hard to make yourself the best you. I love you and think of you all the time, I'm living to impress you, you are my hero and this is one of the ways how I honor your life
Barbara
June 15, 2018
Be easy bro.. another Ventura legend laid to rest.
Javi
August 1, 2017
SPENCER,
i miss you so much i can't believe that you're not here. every day i cry. your smile, your laugh its so hard to think i'll never hear them again. our family hasn't been the same without you. I wish i could see you and tell you i love you one last time. i can't believe what a difference you made in so many peoples lives. you always be a hero to me. I love you, always and forever, mama
barbara luttrell
May 31, 2017
I have very fond memories of Spencer, he was very good childhood friends with my son Scott Gutierrez. Usually when Scott and Spencer would drop in for dinner, Spencer would have a gallon of milk with him. I last saw Spencer at the fair (without the milk) I know he was a very caring and always gave me that big smile and a hug. It was very difficult to hear of Spencer's death since I had lost my son only two weeks earlier. I'm so sorry for your loss Barbara, there is no greater pain than the loss of a child. All my prayer to you and your family ..
Cindy Pike
May 29, 2017
I love you, forever and always
Barbara Luttrell
February 21, 2017
I only met Spemcer once a year ago at my granddaughter Heather and Brians home BBQ. He knew all the words to songs on the speakers and sang along with that big smile he had. He charmed my heart. I cant say how badly i feel for his family and friends who love him. Ill always remember that big beautiful smile and heart. My prayers are for you at this time. Sincerely
Judy Carey
December 16, 2016
My condolences to you Barbara during this difficult time. 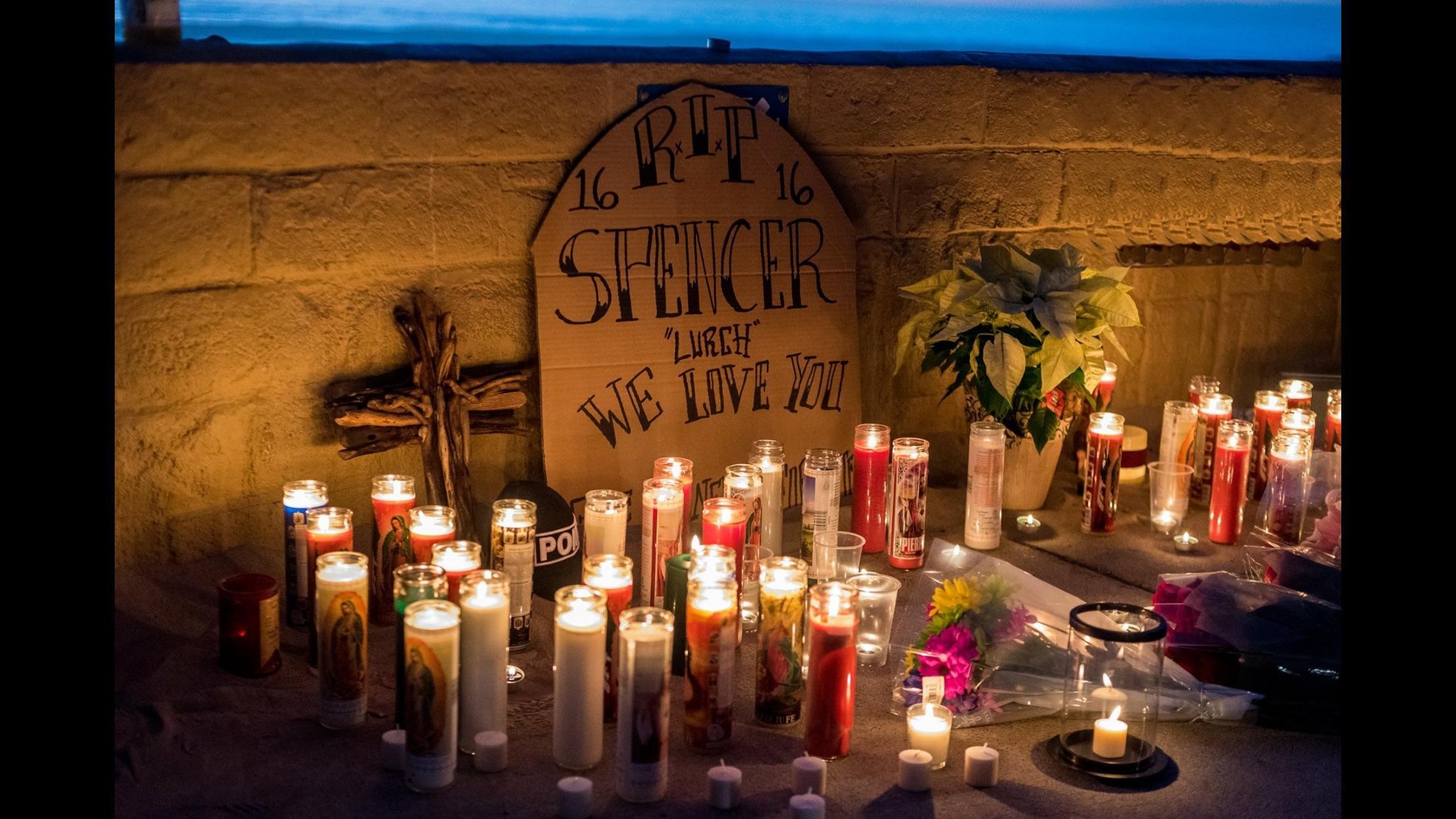 December 10, 2016
Our condelences to you and your family Barbara. I am so sorry to hear about your tragic loss. Our thoughts and prayers are with you. ❤
Dense Herrick Borchert
December 10, 2016
May the many beautiful memories continue to shine and remain close to your hearts always and forever. 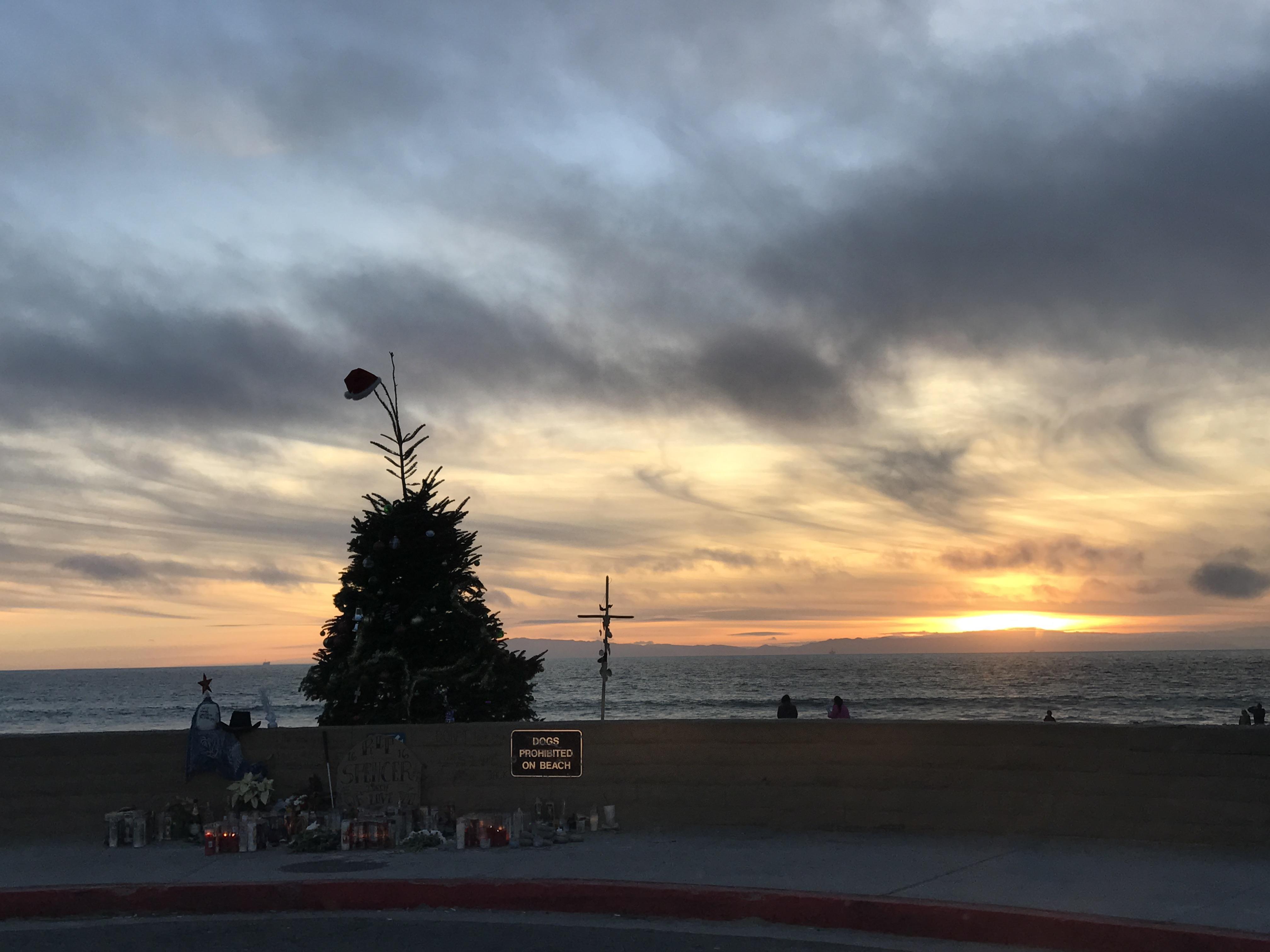 I am so sorry for the loss of your precious son, Barbara. I remember you from Anacapa. Although I did not know Spencer, it sounds as though he was just like you. A big heart and a beautiful smile. I have never forgotten your kindness throughout all these years. My deepest condolences to you and your family. I saw the gigantic Christmas tree and all the candles lit up last night at the end of Seaward. This is my favorite part of our beaches. What a tribute to your son! May angel wings surround you and comfort you always.
Karen Houle
December 9, 2016
Sending prayers for strength to Barbara, the rest of the family and everybody that is suffering from this tragic loss of life too soon.
I am so sorry to hear about this!
Jodie Cain
December 9, 2016
Barbara and family, With the deepest sympathy and sadness I send my condolences.
- Cindy Santana-Hartman
cindy hartman
December 8, 2016
My Condolences To The Family & Friends
Caren Harrison Carlson
December 8, 2016
My condolences to the turner family. We will miss Spencer greatly. Spencer and his father Brian were the most unique nicest people that the world should have more of. I will miss both Spencer and Brian Turner deepley. But they are together now surounded by angels and close to God. Love you both so much. Shelly Mcredmond and family.
Shelly Mcredmond
December 8, 2016
Sending love to the Turner family❤
Love Casey and kids
Casey Curry
December 8, 2016
So sad. You will be missed Spencer. I remember how you were not able to stick out your toung and how stoked you were When you found out you could.... only people that have known you forever will know what I'm talking about. Just one of the many memories I think of when I think of you.
It's like a pice of my childhood is gone
Chad
December 8, 2016
RIP SPENCER!
Tara
December 8, 2016
You will be dearly missed, Spencer. Bryanna and Arielle's smiles just won't be the same without you around. I only find comfort in knowing that you and your dad are both watching over your sweet sisters.
Jen Isham
December 8, 2016
Barb and family I am so so sorry to hear of Spencer's passing we have known him since birth!! I guess the lord needed him in heaven!! And he is with his dad... but they both left this earth to soon ;(... we will never know why this was the lords plan... I know all of ur hearts r broken... and with good reason... Spencer was a special guy!! We love u all and pray for peace for u all... love u all Barb!!! Brad and Wendy
Wendy Beasley
December 8, 2016
Showing 1 - 23 of 23 results