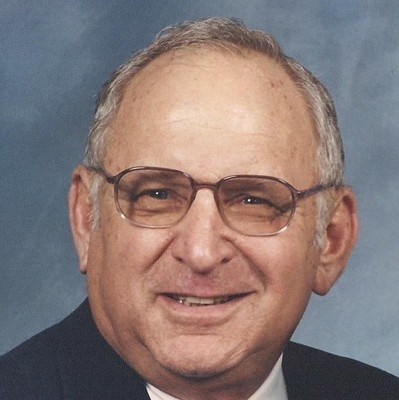 Dwight was born on February 22, 1933 at home in the country near Dinuba, California to Joe and Lydia Hofer who preceded him in death. Dwight went to be with his heavenly Father on June 15, 2016 at the age of 83.

His parents were farmers and Dwight attended Grandview Elementary School graduating in 1947. He attended one year at Immanuel High School in Reedley and then transferred to Dinuba High School. During his high school years he participated in football (MVP his senior year), basketball and track.

Following high school he attended College of Sequoias where he played football both years graduating in 1953. He was drafted into the Army in August 1953 during the Korean conflict. After basic training and occupational therapy training, he spent a year in Korea where his view of the world was broadened.

After returning from Korea, he married his sweetheart Fayrene Lane of Orange Cove following a three-year courtship. They moved to Santa Barbara where Dwight attended Westmont College for three years graduating in 1958 with a degree in psychology. For one year he and Fayrene were dormitory parents of 30 college students after he graduated.

In 1959 he moved his family to Visalia where he obtained a position with the Tulare County Boys Ranch located at Sequoia Field north of Visalia. For two years he served as a supervisor and assistant superintendent. After two years at the Boys Ranch he finished his teaching credential and went to work as a teacher and coach at Green Acres Middle School for two years. In 1963 after the death of his father-in-law, he moved his family to Orange Cove and obtained a teaching position at El Monte Middle School in Orosi while also taking care of his father-in-law's chicken ranch. After one year, he returned to Visalia and went to work at Divisadero Middle School until 1967 when he transferred to Mt. Whitney High School where he taught for 25 years. He coached football, basketball and track during his tenure. During this time, he served on the Board for Turning Point for several years. Following his retirement in 1992, he worked at the Sun-Maid Raisin Plant in Selma as an inspector.

There were many happy times shared with his family of three daughter's water skiing at Kaweah Lake and camping at Huntington Lake as well as following their activities as cheerleaders during his coaching years. He also built a houseboat which was moored at Kaweah Lake for 20 years. His passion for model trains became a reality after retirement when he built his Garden-Gage Railroad layout in his back yard and where he laid 600 feet of railroad track around the yard complete with villages, mountains, tunnels, a circus and ski resort where his children and grandchildren joined with him in exploring the joy of creativity and he shared his passion with many visitors.

Since 1959 he has been a member of Gateway Church (formerly First Baptist Church). He served as a deacon and Sunday School Teacher, and helped with many vacation Bible schools. The past 15 years there were many Bible studies held at his home.

Services are scheduled for 10:30 on June 23rd at Gateway Church, corner of Sowell and Tulare Streets, Visalia, CA. A viewing will be held Thursday, June 23, 2016 at Salser and Dillard Funeral Chapel from 5 PM to 7 PM. A graveside service will be held Friday, June 24, 2016 at Smith Mountain Cemetery in Dinuba, Ca. at 9 AM. In lieu of flowers, please make your donations to the Missions Board of Gateway Church. A memorial tribute may be offered by logging onto www.salseranddillard.com

Published by Tulare Advance-Register & Visalia Times-Delta on Jun. 21, 2016.
To plant trees in memory, please visit the Sympathy Store.
MEMORIAL EVENTS
Jun
23
Viewing
5:00p.m. - 7:00p.m.
Salser & Dillard Funeral Chapel
127 East Caldwell Avenue, Visalia, CA
Jun
23
Celebration of Life
10:30a.m.
Gateway Church
CA
Jun
24
Graveside service
9:00a.m.
Smith Mountain Cemetery
Dinuba, CA
Funeral services provided by:
Salser & Dillard Funeral Chapel
MAKE A DONATION
MEMORIES & CONDOLENCES
Sponsored by Salser & Dillard Funeral Chapel.
13 Entries
I had Mr Hofer for Drivers Ed. I was then offered to be an Aid in his class. He was one of my favorite teachers. His humor and wit made learning so much fun. He will be truly missed. What a wonderful person he was. Class of 1981☺
elaine Barton
June 28, 2016
May god bless you
Steve Theis
June 27, 2016
"i'm going to paint a yellow stripe on the windshield so you will quit driving so close to the center line. " Well we all survived my driving and I still hug the center line. R.I.P. Use your blinker!
jerry spurlock
June 26, 2016
Mr. Hofer was my driver's ed teacher. A kind, caring, and funny man. He was a true teacher. My condolences go out to the Hofer family. May he rest in peace. Godspeed, Mr. Hofer.....
Suzanne Miller-Molina
June 26, 2016
A great teacher. He taught me how to drive in 1978. Condolences to his family.
Brian Shaubach
June 26, 2016
RIP Mr. Hofer
Jeff Christie
June 25, 2016
Thanks Dwight for all the good times coaching together at Mt. Whitney. Rest in Peace.
Charlie Casale
June 25, 2016
I met Dwight Hofer as a student at Mt. Whitney High School. I got to know him when I came to work at that school. I watched him make good students out of kids that other teachers and administrators gave up on. He had good teaching skills, but most of all he had heart. You will indeed be missed. Thoughts and prayers with your family.

Sharon Best
June 24, 2016
Thank you for being such a great inspiration during high school, Coach Hofer! You were kind and sensitive, yet taught us to work really really hard in order to succeed. Love and light to your family and loved ones. Godspeed!
Shirley Delovich
June 24, 2016
Coach Hofer will be truly missed by all!!! My condolences to the Hofer family !! Had some great times with Coach Hofer as a football player at Mt Whitney!!! RIP
Mark Mckay
June 24, 2016
Our thoughts and prayers are with you during this difficult time. May your memories bring you comfort.
Terry & Lisa Hofer
June 22, 2016
You meet some people in lives journey who makes a mark in your life. Dwight was one of those people who was and will always be my Brother through Jesus Christ. When I lived in Visalia I knew the Hofers well. My thoughts will be with them in this time of mourning.
Robert Coe
June 21, 2016
Dwight was a mentor to me, and someone I looked up to for advice. He is in a better place. Wishing the very best to Fayrene, and family in this time.
Steve McCracken
June 21, 2016
Showing 1 - 13 of 13 results