James T. Botkin Jr. "Jim" Jim was born August 21, 1922 in Los Angeles Ca. He passed away on September 27, 2012 surrounded by his family in Dinuba Ca. at the age of 90. He was a retired Program Supervisor for the Ca. Dept. of Food & Agriculture. He enlisted in the U.S. Navy 6 days after Pearl Harbor and served his Country for 5 years. He served on the USS Sterett & was part of the historic night battles on Nov. 12&13, 1942 at Guadalcanal & the battle of Vela Gulf in Aug. 1943. He was a past president of Exeter Sportsman Assoc., past Commander of Exeter Post 94 the American Legion, Past Master of Fraser Lodge 294 & veteran member/past director of the Shrine Clowns. He was a member of Tulare County Voiture 566 the 40 et 8, Orange Belt Lodge 303, Selma Lodge 277, Fresno Bodies of the Scottish Rite, Tehran Shrine Temple of Fresno, Tin Can Sailors of America & American Legion Post 432, Cambria, Ca. He is survived by his wife of 65 years, Juanita; brother George Botkin of Fresno, sister Martha Franzen of Visalia Ca; daughter Linda Rotan of Reedley, sons Joe of San Diego, Dave of Reedley, and Steven of Corona; 11 grandchildren, 6 great grandchildren. He was preceded in death by his son Larry Botkin; two great-grandchildren, Alyxandra Tweedy & Garrett Botkin; parents Jim & Rachel Botkin; and a brother, Hugh Botkin. Visitation, Thursday, Oct. 4, 5-8pm and memorial service, Saturday, Oct. 6, 11am at Dopkins Chapel, Dinuba. Reception to follow Sat service. In lieu of flowers, remembrances may be sent to: Shriners Hospitals for Children Northern California, 2425 Stockton Blvd. Sacramento, Ca 95817-2215 Arrangements by Dopkins Chapel.

Published by Visalia Times-Delta on Oct. 3, 2012.
To plant trees in memory, please visit the Sympathy Store.
MEMORIAL EVENTS
To offer your sympathy during this difficult time, you can now have memorial trees planted in a National Forest in memory of your loved one.
MAKE A DONATION
MEMORIES & CONDOLENCES
8 Entries
Jim was my friend and Lodge Brother. I will miss our pot lucks where I use to set across from him and listen to his stories and get his advice.
Steve Wood
October 7, 2012
Please except my condolences at this time of grief. Just remember all the wonderful years you had together. I just wish we could have been closer.
Jerry McDaniel
October 4, 2012
To Juanita and the entire Botkin family:
On behalf of the USS Sterett Association, please accept our sincere condolences on your loss. We were honored to have Jim as part of our group and especially grateful for his presence at the reunions. The courage and dedication to duty of Jim and all the DD 407 crewmen have served as an inspiration to all the Sterett sailors that have followed.
We will miss him.
Steve Hayes
October 4, 2012 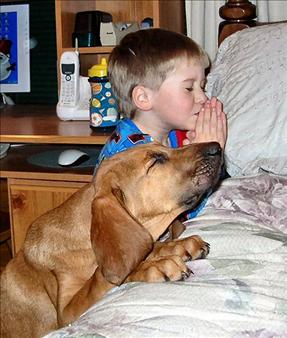 My thoughts and prayers go out to each and every one of you. I'm so glad I had the opportunity to meet most of the family. I really enjoyed the time we had together. Sorry I can't be there with you. Just remember this. When people tell you that they are sorry about your lost loved one, you can reply that he is not lost because you know where he is, he is now with his maker. I hope to make another visit before long. With all my love and deepest sympathy.
Rick Hulse
October 4, 2012
Our thoughts and prayers are with all of you. We will miss Jim and his sweet spirit, and contaigious smile.
Merri Elizabeth Botkin-Barnes
October 4, 2012
Jim was one of the most colorful people I have ever met....so many good times shared.. unfortgetable Bokin parties to remember....we should all find the joy in life that Jim had....cheers Jim...hope St. Peter gets those gates open because Stan is waiting for you!!! Lenora
October 4, 2012
As Heaven welcomes a great man, we mourn the loss of one of our finest! I would like to express my sympathy for your entire family. "Uncle Jim" was a kind, hard working, honest man. Just know that you are all in my thoughts and prayers.
Melinda Humason
October 3, 2012
My thoughts and prayers are with all of you at this time of loss, but know Mr. B had a full and wonderful life with his family and friends.
Brian Bengtson
October 3, 2012
Showing 1 - 8 of 8 results