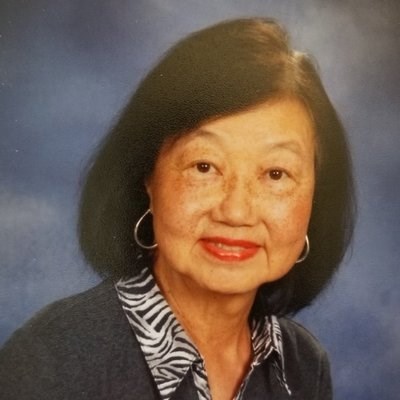 LORNA LOK PING CHENG, age 75, passed away on Saturday, September 9, 2017. She was born June 29, 1942 in Shanghai, China. The family moved south from Shanghai to Hong Kong in the early 1950s where she grew up. She attended High School at the Diocesan Girl's School in Hong Kong where she received a bilingual, English and Chinese, education. Lorna went on to attend the University of Hong Kong and graduated in 1963 with a degree in Science. She came to the United States in 1964 to attend Southern Methodist University in Dallas, TX, where she earned a Master's Degree in Mathematics. After graduation, she began a career in computer science working for various companies. She also taught computer science at Arizona State University for 7 years as an instructor. She married Dr. Vincent Cheng in 1966 and became US citizens in the early 1980's. They moved to Visalia, CA in 1990.

Lorna was an active member and Deacon of First Christian Church. She enjoyed playing tennis and duplicate bridge. Lorna was the bridge director for the Visalia Bridge Club for over 20 years. Lorna loved to travel having been fortunate to see many far off lands. She and her husband went on cruises to various places and she had the opportunity to be the bridge director for various cruise lines.

She is survived by her siblings, Eva Robinson, Ivy Wong, Jonathan Cheung and numerous nieces and nephews. She is also survived by her husband of 51 years, Dr. Vincent Cheng; son, Lester Cheng and granddaughters, Lauren and Kate.

Tributes and condolences may be made at www.millerchapel.com.

Linda Eng
Linda Eng
September 16, 2017
Dear Cheng Family,
We are very sorry for the loss of Lorna, but know that she is with our Lord & Savior at peace. We have very fond memories of her faithfulness as she served the Pittsburgh Chinese Church on Council, and was just always so encouraging when we'd see her.
May the Lord's peace be with you all at this time.
In Christ,
Julie and Gordon Ott
Julie & Gordon Ott
September 14, 2017
Lorna was a person of grace and wisdom. Most importantly, she was faithful in serving her Lord and Savior, whether through Bible studies, music or church leadership, whether in Boston, Pittsburgh or Visalia. I remember serving the Lord with her in Pittsburgh Chinese Church and the great time we had together with family and music. I am also impressed by her dedication as a wife, mother and grandmother. She was successful in computer science work in Carnegie Mellon University, but she viewed her family to be much more important than her career. I shall miss her, but am happy that she is now in Heaven with her Savior, her mom, etc.
Deborah Chung
Friend
September 13, 2017
Showing 1 - 4 of 4 results