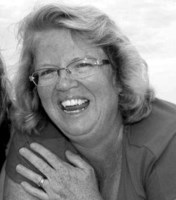 Tunbridge, VT — The loving heart of Susan C. Barnaby, age 63, of Tunbridge, VT stopped beating on Monday, April 26th, 2021 at the Jack Byrne Center in Lebanon, NH. She was surrounded by the love of her family.

Sue was born May 19, 1957 in Barre, VT, the daughter of David and Elaine (Hackett) Cilley. She attended Tunbridge Central School and graduated in 1975 from South Royalton High School in South Royalton, VT. At a very young age she knew she wanted to become a teacher. Sue continued her education at the College of St. Joseph the Provider in Rutland, VT and graduated in 1979 with a degree in Early Childhood and Special Education.

She taught at both Sharon Elementary School and Tunbridge Central School, then operated a daycare from her home caring for her nieces, nephews and local children. She worked at the Orange County Parent Child Center in Chelsea, VT until she received her "dream job" as an Early Childhood Interventionist for the Orange/Windsor School District. She made weekly school and home-daycare visits as the "Story Lady" and "Math Buddy,"—teaching with books, games, and toys—to help children experience the joy of learning and reading through play. She wrote the Kid Links newsletter, organized the annual banquet and delivered "Welcome Baby Bags" which were filled with children's books for new parents. In 2016 she was one of four people in the state to be recognized and receive the Let's Grow Kids "Early Childhood Super Hero" award.

She was married to her one true love, Gordon Barnaby of Tunbridge, VT, on the first day of summer, June 21, 1980—because in her words, she "wanted to be married on the longest day of the year." They lived in Tunbridge all their married life where they raised their two children. Sue loved being a mother and the time spent with her family! They enjoyed road trips through the years which included going to Walt Disney World, visiting family in Arkansas and most recently, a trip out West which included Yellowstone National Park.

In 1991 Gordon and Susan started a new business, the Corner Rail Fence Co. in Tunbridge, VT. They made and supplied fence posts and equipment to fence dealers. It was an opportunity for Gordon to work for himself, raise livestock and most importantly for Sue, have a flexible schedule for family while making a living. The company grew because of their committed teamwork and is now a thriving business.

Sue had a passion for books, reading, and the community, she enjoyed volunteer work and served as a trustee for the Tunbridge Library for many years and started the Children's Story Hour Program. She also wanted all community members to have the food they needed and volunteered at the SHARE program, Neighbors Helping Neighbors, the Tunbridge Food Shelf and Backpack Programs. She organized the annual Memorial Day bake sale and the town meeting community potluck.

She was a member of the Tunbridge Congregational Church, Parish Council and Outreach Committee. She was a Sunday school teacher for many years and helped organize the Easter breakfast, Children's Day service, summer Bible school camp and the Christmas pageant.

She loved visiting her daughter Erin, in 2006, in Florence, Italy; her boat trip to the Island of Chebeague and Monhegan and seeing the sights during a bus trip to Washington D.C. with her husband, Gordon. But her favorite place to be was looking for seashells with her family on a beach in Ogunquit, Maine. Sue enjoyed playing bingo, crafts, camping, picnics at the Trout Pond, board games, dancing, cooking and trying new recipes, swimming, reading children's books, watching her family play sports and her husband coach basketball and being a caregiver for her mother, Elaine. The most loved activity in her life was the time and traditions spent with her family and friends.

Because of Sue's dedication to children and learning, memorial contributions may be made to the Friends of the Tunbridge Library (for the creation of a welcoming outdoor space that promotes play and learning), P.O. Box 9, Tunbridge, VT 05077. A private message of sympathy for the family can be shared at www.boardwayandcilley.com. Arrangements are under the direction of the Boardway & Cilley Funeral Home in Chelsea, VT.
Published by Valley News on Apr. 29, 2021.
To plant trees in memory, please visit the Sympathy Store.
MEMORIAL EVENTS
May
2
Funeral service
2:00p.m.
Pavilion Building on the Tunbridge Fairgrounds
1 Fairfrounds Lane, Tunbridge, VT
Funeral services provided by:
Boardway & Cilley Funeral Home - Chelsea
MAKE A DONATION
MEMORIES & CONDOLENCES
Sponsored by Boardway & Cilley Funeral Home - Chelsea.
4 Entries
Sue Barnaby taught me how to be a much better parent. My daughters benefitted greatly from her influence and encouragement. Like others, Sue's smile comes to my mind first. What a love and treasure she was!
I extend my deepest sympathies to Gordon, Luke, Erin, her siblings, extended family members and friends. I know you miss you daily. You are in my prayers for comfort and strength during this time.
Julia Haas
Friend
May 23, 2021
My indelible memory of Sue is her smile, full of the warmth of sunshine. It had to be returned no matter what.
My condolences to Gordy, Erin, and Luke, to all her family, and to the community that filled the Pavilion to overflowing to celebrate her life.
Louise Barreda
Friend
May 6, 2021 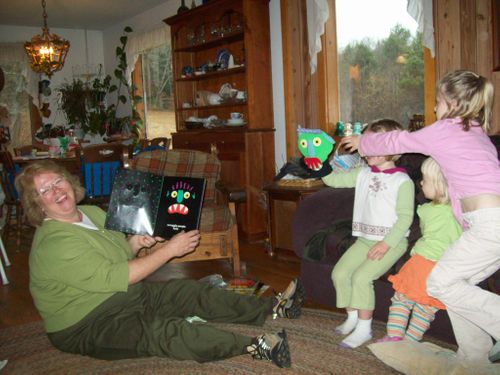 Susan Barnaby was the "story lady" for my Sugar Hill Preschool at my home in Strafford, VT. Our 18+ children (not all at once) had a 9 year history with her where we explored stories & the written word & math through hands-on art projects, music, song, fingerplays, quest walks, picnics, drama, dance, exploring/participating in Tunbridge Fair exhibits, etc. It is not likely that too many persons made a bigger difference to my children than Susan. She was a "master" at engaging little spirits & minds in warm & wonderful experiences. Always a smile...welcoming, including, calming & encouraging (for teachers & parents, too)...to forget your problems & "come have a wonderful experience with me for awhile." It was these days with Susan that I always looked forward to the most. I am greatly saddened to learn she has gone - but we will all remember her with a fondness that has deeply touched our hearts.
MEREDITH W KENDALL
Coworker
May 2, 2021
Sue was instrumental in helping me set up two memorial prize categories in the Tunbridge Fair floral hall. I am saddened by her passing, and Russell joins me in sending condolences to her family and all her friends.
Lois Deberville
Acquaintance
April 28, 2021
Showing 1 - 4 of 4 results