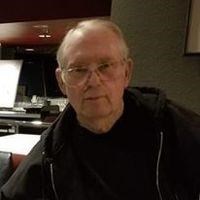 BORN
1946
DIED
2020
FUNERAL HOME
Forest Lawn - Glendale
1712 S. Glendale Avenue
Glendale, CA
David Lee Thompson
David Lee Thompson, "Computer Dave," 74, passed away October 4, 2020 at Los Angeles Sunset Kaiser, after a long illness. Born in Denver, Colorado on January 8, 1946, he graduated from Monroe High School in Northridge, California. He soon enlisted in the Navy and rose to become Hospital Corpsman First Class. He served in both Adak, Alaska, where he was also a Scuba instructor, and Vietnam.
A week before Vietnam, Dave met Mary Langer in Glendale, California. They married July 3, 1971, just months after his return. He attended Control Data Institute and Glendale College on the GI Bill and was soon hired at Storage Technology where he fixed computers. His skill was recognized, and he was transferred to Boulder Colorado for two years to teach students from all over Canada and the U.S. He was sent to Sydney, Australia in 1980 to install some of their first computers.
In 1980 Dave, Mary, and their son Matthew returned from Colorado to California where Dave worked for Kaiser Permanente as a Computer Specialist until his retirement. He was named as one of the inventors on a patent in 2006, a portable wireless system for providing a user with access to a computer-based system.
In retirement, Dave and Mary moved to the High Desert in 2005 so that Mary could open a new school, Victoria Magathan, in Adelanto, as principal. Always supportive of education, Dave helped plan and proudly served the punch at the school's dedication. After Mary's retirement, they continued their travels to various countries including China, Mexico, Costa Rica and several east coast and mid-states. They especially loved spending weekends in Big Bear Lake on a boat they named In-tuition.
Dave also started his own publishing company, Another Think Coming, after helping several high desert authors publish their books. He loved photography, playing Santa, helping people, and making people laugh with his unique sense of humor and word play. He could really clap with one hand, and loved testing the history knowledge of wait people in restaurants by requesting a "John Wilkes."
California Retired Teachers, Tumbleweed Division, planted a tree in his honor in the San Bernardino Forest to recognize his computer help over the years, and the California Writer's Club, High Desert Branch wrote a tribute to him in their newsletter, "The Inkslinger," for his technical support. Dave's donation of his corneas has already resulted in two successful cornea transplants. Two women, one age 72, and one age 66, have had their sight restored.
Preceded in death by both parents, Hartzell Lee Thompson and Mary Alice Moye, Dave leaves his wife of forty-nine years, Mary Langer Thompson, his son Matthew, who also works as a Systems Administrator for Kaiser Permanente, his sister Donna Cosentino of Panorama City, California, step-brother Robert Moye, Jr. of Phoenix, Arizona, Mother-in-law June Langer of Apple Valley, California, and several nieces, nephews and cousins.
Private graveside services, with Reverend Michael Coffee of The Community Church at Jess Ranch officiating, were held at Forest Lawn, Glendale on October 14, 2020.
To plant trees in memory, please visit our Sympathy Store.
Published by Daily Press from May 25 to May 28, 2021.
MEMORIAL EVENTS
No memorial events are currently scheduled.
To offer your sympathy during this difficult time, you can now have memorial trees planted in a National Forest in memory of your loved one.
Funeral services provided by:
Forest Lawn - Glendale
MEMORIES & CONDOLENCES
0 Entries
Be the first to post a memory or condolences.