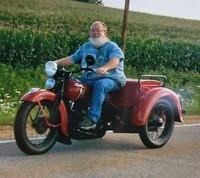 BORN
1952
DIED
2021
FUNERAL HOME
Sunset Hills Memorial Park & Mortuary
24000 Waalew Road
Apple Valley, CA
Fredrick Paul Bechtold
Fredrick Paul Bechtold affectionately known as "Freddie", of Apple Valley, California, entered into eternity on April 8th, 2021, due to complications from heart failure. Freddie was born on July 3, 1952, in Santa Monica, California, to Ken and Marie Bechtold. He was the "baby" of 4 boys and was a graduate of Apple Valley High School, class of 1970. He furthered his education at both Victor Valley College and Cal Poly, San Luis Obispo. He studied Agriculture, Auto Mechanics, and Fire Science, and was passionate about his time volunteering in the community as a Fireman and serving as a member of the Apple Valley Sheriff's Posse. He owned and operated the family's nursing home business, along with his brothers, at Desert Knolls and Knolls West Convalescent Hospital in Victorville, CA, from 1975 to 2014. He also took great joy in driving a school bus for Apple Valley Unified School District (AVUSD) for about a decade in the 90's. He often spoke of his experience working for the district with pride and expressed gratitude for the great love and friendships he developed with his fellow drivers.
Fred enjoyed spending time with his family, fishing in Lee Vining, shooting at Victor Valley Gun Club with his grandkids, and was keen on rebuilding and restoring antique trucks and American made motorcycles. He spent his summers over the last two decades in an old limestone, Civil War era home in Bellevue, Iowa. This is where he would restore antique Harley Davidson's with some of his most cherished of friends. He held a strong bond of friendships that were established in Bellevue with his community, neighbors, and friends and had an immense appreciation for their warmth, and Midwest way of life.
He was a die-hard "Trumper", and was known for being patriotic, almost to a fault. He was known to cease each opportunity to display his pride for our country anywhere he could stir things up. He was the first to stand up for what was right, and he had no problem standing firm in his convictions.
Another fond memory of Fred is that he loved playing Santa Clause for the young and old alike. Throughout the Christmas season he was known for dressing up in his Santa outfit and heading to the nursing home or where the children were, to bring a little joy where he could. He was a foodie and enjoyed gourmet cooking almost more than anything else in life. He was fond of Mexican food, chile rellenos and chile verde were among some of his favorites. He highly enjoyed cooking and serving others, receiving high amounts of "People's Choice Awards". Some of his most famous dishes included Chile Verde, Signature Aged Bbq Tri Tip, Camping Beans, Papa's Delight Pasta, Famous Fried Rice, and Papa's Poison, which was "his" very own special seasoning, as well as many more recipes that have often been imitated, but rarely have been duplicated.
Fred was determined to see his mother and father's business thrive. He fueled the legacy that his parents had fostered in caring for the elderly and frail here in his hometown. His passion and zeal to keep everyone safe and comfortable within the nursing home was unmatched, and he was known to be relentless at this feat. He often expressed how grateful he was to be able to join in raising up all of his kids and grandkids, spending time with them when he was able to and teaching them about what he believed to be important lessons in life.
Among those of whom he has left behind and will miss him dearly include: Amanda Butterfield, Freddie Bechtold Jr., Jeremy Creason, Becky Creason, Koby Creason, Kalob Creason,
Michael Bechtold, Gabrielle Bechtold, Wyatt Bechtold, Adysen Bechtold, Cohen Sullivan, Hylee Shelton, Donvan Shelton, Jaxson Shelton, Stella Shelton, Skylar Butterfield, Jessica Butterfield, and a host of extremely close friends that he had a special love and connection with. Fred often described his gratitude in having the blessing of woman's love while here on Earth – Marla Sanders Bechtold and Susan Whissler Bechtold. He showed us often throughout his life that he wasn't afraid to be passionate, affectionate, and to have strong and sacrificial love. We will always remember and cherish that selflessness in him.
When we think of Freddie, let him be remembered by his passion, zest, larger than life heart, tenacity, and robust conviction for what he believed in. Thank you to all whom Fred loved, and to all of you that loved him in return.
He has been layed to rest at Victor Valley Memorial Cemetery.
To plant trees in memory, please visit our Sympathy Store.
Published by Daily Press from May 6 to May 10, 2021.
MEMORIAL EVENTS
No memorial events are currently scheduled.
To offer your sympathy during this difficult time, you can now have memorial trees planted in a National Forest in memory of your loved one.
Funeral services provided by:
Sunset Hills Memorial Park & Mortuary
MEMORIES & CONDOLENCES
2 Entries
Will surely miss Fred. He was always the Life of The Party.
Till we meet again, condolences to your family and friends ❤
John Kory
May 10, 2021
Our prayers are with your loved ones friend. I´m so thankful to have known you and worked with you Fred. RIP
Greg and Sandy Dillman
April 23, 2021
Showing 1 - 2 of 2 results