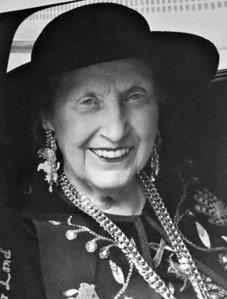 Berta Royce Graham Leon Hackney, a Hubbard civic and philanthropic leader for many years, died peacefully in her home November 21, 2020. She was a Texas original who was so proud to be a citizen of Hubbard, Texas.

Services are scheduled for 11 a.m., Saturday, November 28, at First Baptist Church in Hubbard, conducted by Ricky Woodall. Visitation will be 10 a.m. at First Baptist Church prior to the service. Interment will follow at Fairview Cemetery, Hubbard. Masks will be required at all times during the visitation, the service and the interment. Social distancing will be observed.

Mrs. Hackney was born March 11, 1931, the only child of Roy Graham and Willie Mae Rigsby Graham.

She was a first grader at the New London School, but was home sick on March 18, 1937, the day the New London school explosion killed 295 students and teachers. She never forgot the overwhelming loss of her classmates and friends and became an active supporter of the London Museum, financially and otherwise, serving on its Board for many years.

After high school she attended Kilgore Junior College where she was a majorette and was voted Captain of the world-famous Kilgore Rangerettes. She obtained her business degree at the University of Houston, although she always claimed she did not study business, but was working on her "MRS." degree. During a road trip to the beach in Galveston with her best friend she met Javier ("Jay") Leon, a businessman from Mexico. They married in 1958, and moved to Mexico City, where they maintained a home for 35+ years. In the early 1960s, they purchased Berta's grandparents' home in Hubbard and lovingly began restoring it. Berta could have lived anywhere in the world but chose Hubbard. Berta and Jay hosted many visitors from all over the world to their Hubbard and Mexico homes, celebrating holidays, special occasions and friendships.

When Hubbard was hit by an F4 tornado in 1973, Berta was the town's capable mayor and guided the town through its difficult years of recovery and rebuilding. She and Jay were instrumental in bringing doctors and a hospital to the area.

Berta and Jay were avid collectors of classic cars and fine European antique dolls, which were collected from all over the world. Both collections were considered to be among the finest in the world.

Berta was Jay's dedicated wife, companion, and caretaker until his death in 1991.

In 1994, Berta married Jim Hackney, a retired Exxon executive, to whom she had been engaged when the handsome Spaniard, Jay, swept her off her feet. Jim had never married and had never lost his love for Berta. She and Jim enjoyed many happy years together, traveling the world, until his death in 2009.

Berta is survived by a daughter, Cindy Leon, her husband, Hollis Rutledge; numerous nieces and nephews; a few lucky folks that she called "adopted children"; and hundreds of friends.

The family requests that, in lieu of flowers, donations may be made to one of Berta's favorite charities, Historic Hubbard High School, 300 NW 6th St. Hubbard, Texas 76648.

The family extends a very special word of gratitude to Berta's dedicated and loving nurses: Mary, Maggie, Casie, Ozell and Darwin, who cared for Berta tirelessly; and also to the Baylor Scott and White Hospice nurses, whose dedicated, knowledgeable and compassionate care relieved the family of so many burdens.

Please sign the memorial guestbook for Berta at www.wadefuneralhome.net.