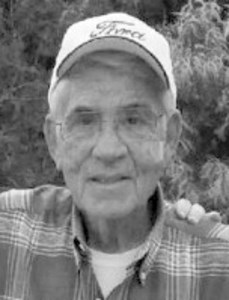 Billy Joe Kellum of Valley Mills, Texas, passed away Wednesday, October 6, 2021. A memorial service will take place at 2 p.m., Saturday, October 16, at Marshall and Marshall Funeral Directors in Hillsboro, Texas, with visitation preceding the service from 1 to 2.

Billy was born April 13, 1938, to Ezra and Lettie Kellum. He married Joan Brown Kellum on February 12, 1960, whom he met while driving a Pure Milk truck in Penelope, Texas. To this union were born Michele Kellum Garza, on December 3, 1961, and Joe Keith Kellum, on February 25, 1971. Billy drove a truck for Exxon from 1969 to 1989 and was a proud member of the Million-Mile Safe Driving Club. After retiring from Exxon, Billy spent a few years as a truck driving instructor. His interests included Golden Gloves Boxing in the late 1950s, fishing, hunting, enjoying the company of his grandchildren, and hosting friends who were bound to hear one of his stories a thousand times. Billy was fortunate to have lived to meet and enjoy time with his great-grandson, Talon.