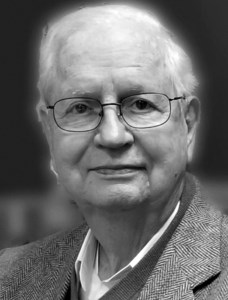 Bill Leonard, 87, passed away October 21, 2021, at Providence Park Rehabilitation and Skilled Nursing Facility in Tyler, Texas. Graveside services and burial will be at 3 p.m., Saturday, October 30, at Salado Cemetery with Josh Hays officiating.

Bill was born in Houston and grew up in Navasota and Clarksville. He graduated in 1955 from the University of Texas and was a pharmacist for over 50 years. After graduation, he married Edith Bays from Munday, Texas. He served in the Army 1956 to 1958 and returned to Texas where he resumed being a pharmacist. In 1961, he and his brother, Jack, bought and operated Westside Drug Store in Temple until the death of his brother in 1981. Thereafter, Bill continued working in various pharmacies as a relief pharmacist.

Bill was a member of Baptist churches in the towns in which he lived and was a longtime Mason.