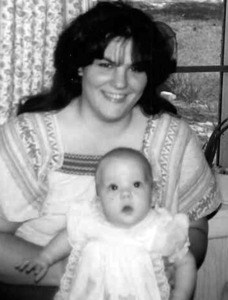 Deborah Barajas, formely of Waco, departed for her Heavenly reward on September 25, 2021. Deborah was born on September 16, 1961, in San Antonio, TX. She was the daughter of Rudy and Ann Spell and grew up in the Waco area. She attended WISD and Midway schools.

She was married to Daniel Pippin on Valentine's Day of 1982 and later Bill Lowry, both of Waco. She had a son, Chuck, and a daughter, Meredith, as well as two grandsons, Gage and Orion Pippin.

She achieved a degree in Data Entry at 4-C College in Waco and later a degree in Computer Programming at Temple Jr. College.

Debbie loved her family and cats very much. She was quite articulate in speech and learned in a variety of subjects. Because of this, there was never a dull moment with her and she was a lot of fun to be around. She will be sorely missed.

She was preceded in death by her father, Rudy Spell; and grandson, Orion Ray Pippin.

She is survived by her daughter, Meredith Pippin of Taylor; her son, Charles (Chuck) Pippin; grandson, Gage Pippin, both of Waco; her husband, Bill Lowry of Taylor; mother, Ann Spell of Taylor; her brother, Ron Spell of Austin; and a host of relatives and loved ones.

A memorial service will be announced at a later date.

In lieu of flowers, a donation to Fuzzy Friends can be made in her honor, or to a charity of one's choice.
Published by Waco Tribune-Herald on Sep. 28, 2021.
To plant trees in memory, please visit the Sympathy Store.
MEMORIAL EVENTS
To offer your sympathy during this difficult time, you can now have memorial trees planted in a National Forest in memory of your loved one.
MAKE A DONATION
Please consider a donation as requested by the family.
MEMORIES & CONDOLENCES
0 Entries
Be the first to post a memory or condolences.