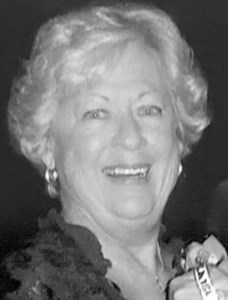 Dorothy "Squkie" Brown of McGregor received her wings, as she passed away peacefully Monday night, September 13, 2021, at the age of 76, surrounded by her loving family. A memorial visitation will be 6 to 7 p.m., Thursday, September 16, in the Parlor of Grace Gardens Funeral Home, 8220 Woodway Dr. The memorial service will be 2 p.m., Friday, September 17, in the Chapel of Grace Gardens Funeral Home with Chaplain Luke Stokes officiating.

Dorothy was born June 19, 1945, in Boerne, Texas, the daughter of the late Ruby Pearl Cravey. She attended Tivy High School in Kerrville and later continued her education at McLennan Community College in Waco.

In 1973 she moved to the Waco area from Kerrville to raise her children. She had many accomplishments such as a column writer for the Iconolist in Crawford and was an advocate for social justice. She was a CASA advocate for McLennan County. Throughout her life she was an avid reader, enjoyed crossword puzzles, spending time with grandchildren and great-grandchildren. It has been said, she had the last word with her brothers-in-law and enjoyed her 2 to 4 p.m. naps.

Preceding her in death was her son, James "Jim" Ashley Holton, IV; a sister, Jean Walker.

The family express their sincere appreciation to Community Health Care of Texas (Providence Hospice), especially Kathi, Sonya, Judy, Luke and Derrick for their love and compassion they showed to their mom.

For those desiring, the family has suggested Community Health Care of Texas and Alzheimer's Association, for memorial contributions.

The guestbook is offered at www.gracegardensfh.com. Through this site you are encouraged to leave fond memory about Dorothy.

Published by Waco Tribune-Herald on Sep. 15, 2021.
To plant trees in memory, please visit the Sympathy Store.
MEMORIAL EVENTS
Sep
16
Visitation
6:00p.m. - 7:00p.m.
Grace Gardens Funeral Home
8220 Woodway Drive, Waco, TX
Sep
17
Memorial service
2:00p.m.
Grace Gardens Funeral Home
8220 Woodway Drive, Waco, TX
Funeral services provided by:
Grace Gardens Funeral Home
MAKE A DONATION
Please consider a donation as requested by the family.
MEMORIES & CONDOLENCES
Sponsored by Grace Gardens Funeral Home and Crematorium.
6 Entries
Holly, my condolences to you and the family on the loss of Dorothy. She always made me feel warm and welcomed when she would visit Martha Bell. She and Ladybug Holton are at peace. Blessings
Jennifer Evans
Work
September 17, 2021
Holly and family, I love u sweet girl! U all are in my prayers as the days going forward will be hard! Cherish the memories! U had one of the sweetest moms from high school! I love u bunches!!
Janet Winkelmann
Friend
September 16, 2021
Such a very special lady she always had a smile on her face and was very loving -caring -compassionate -thoughtful and considerate. We are sending our love- prayers and sympathy to this very Special Family
Mary Heimann
September 16, 2021
I am so sorry for you loss. Squkie was a special lady. She never met a stranger and had alot of love for all those she met. She was ALWAYS so thoughtful and asked about both Blake and Mark everytime i saw her. I will miss her. Much love to ALL of yoy.
Deanne Hill
Family
September 15, 2021
Holly, my thoughts and prayers are with you and your family during this difficult time. Rose Schroeder
Rose Schroeder
September 15, 2021
Absolutely the sweetest!!! Love you Aunt Squkie..
Jason and Karen Spencer
Family
September 15, 2021
Showing 1 - 6 of 6 results