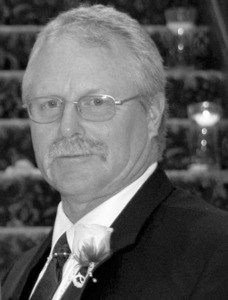 Edgar Earl Harkin, 62, of Elm Mott, better known as Eddie or 'Cowboy', passed away the evening of October 13, 2021, after a month-long battle with the aftereffects of Covid. His loving wife, daughters and sons-in-law stayed by his side for every moment of his courageous fight, along with his brother, Mike and visits from friends and family. There was no moment he was alone during his struggle.

Eddie was born April 14, 1959, in Waco, Texas, to Michael Denis and Evelyn Harkin. He graduated from University High School in 1977. After graduation he worked for Safeway grocery store while also breaking/training horses for Dana Hodges. During early adulthood, he enjoyed weekend adventures bronc riding at rodeos which lead to team roping with his trusty steed 'Cowboy' and several team roping partners. He was a master heeler, known for his rope skills and never missing his steer.

In the 1990s, Eddie moved into a job as a forklift driver for Fleetwood manufacturing for several years, followed by a management position at Metro Lumber. In the early 2000s, he eventually found himself in a position as a track welder for Union Pacific Railroad. U.P. became more than a job but a second family. If you were to ask anyone about Eddie, they would not recognize him by that name. He was lovingly and only known as "Cowboy" to all that crossed his path in the Union Pacific Organization, where he worked until his passing.

Throughout his life, his main work continued to be everything related to ranching. He loved passing his knowledge of training horses and roping to anyone who had an interest. Eddie's favorite daily routine was counting his cows. His excitement never dimmed for each new baby calf that hit the ground and he welcomed every stray dog along the way, as well as having several cattle dogs and his wife's toy poodle 'Bunni Fufu' ruling his heart and home. He was a strong, bold, and hardworking man with a soft tender heart, a love for family, God, and all God's creatures.

In October of 1981, he married the love of his life Loretta Harkin of Hillsboro, TX. Soon after, he became father of two girls, Monet and Athena. Building a life of love, laughter and adventure in Elm Mott, TX.

Eddie was a wonderful husband, daddy, son, brother, uncle, grandson, cousin, godfather, and friend to many. He got through life's challenges and taught his girls well with the simple phrase, "Cowboy up" to face challenges, do hard things, or get through tough times.

He was preceded in death by his father, M.D. Harkin and his mother, Evelyn Harkin.

The family invites everyone to a catered luncheon after the service starting around noon in Elm Mott. Location will be announced.

You may share a memory or send a message to the family at www.oakcrestwaco.com. The service will be streamed live on Facebook at the 'OakCrest Funeral Home' page.