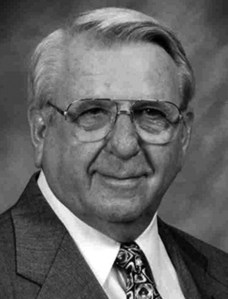 Ernest L. Bezdek Sr., age 91, of West, passed away Tuesday, November 24, 2020 in Waco. A rosary will be recited 4 p.m., Sunday, at Aderhold Funeral Home, followed by visitation until 6 p.m. Mass of Christian Burial will be celebrated 11:30 a.m., Monday, at St. Mary's Catholic Church of the Assumption in West. Military Graveside Rites will follow at St. Mary's Cemetery, conducted by the West Veterans Honor Guard. Limited capacity, facial masks, and social distancing are required at all services.

Ernest was born December 7, 1928, in Penelope, the son of Ludwig and Hattie (Holacka) Bezdek. He attended St. Mary's School and was a 1945 graduate of West High School. Ernest later received certification from the American Banking Institute at McLennan Community College and Baylor University. He proudly served his country with the United States Army during the World War II and the Korean War, then served for 32 years with the Army Reserves before being honorably discharged at the rank of Chief Warrant Officer. On October 18, 1949, he was united in marriage to Evelyn Girard in West. Evelyn preceded him in death on May 13, 2015. Ernest was a lifelong and faithful member of St. Mary's Catholic Church of the Assumption in West. He was also a member of Knights of Columbus Council #2305, SPJST Lodge #6, American Legion Post #478, Veterans of Foreign Wars Post #4819 and KJT Society #31. Ernest served his community on many boards including the West Hospital Authority, the McLennan County Appraisal District, the McLennan/Hill Czech Heritage Society, West City Council, West Chamber of Commerce, and was a founding member of the West Fraternal Auditorium. For Westfest, Ernest served as an Associate Director and was in charge of the Taroky tournament for many years. He was a Senior Vice President for Pointwest Bank for over 40 years before retiring in 1999. Ernest enjoyed collecting coins, taking gambling trips to Louisiana, traveling, and playing Taroky and 42. Watching his grandchildren play sports was something he loved to do and brought him great pride.

Ernest was also preceded in death by his parents; a sister, Doris Konvicka; a granddaughter, Brittany Polasek; and a nephew, Ernie Konvicka.

Active pallbearers are Ken Prince, Kim Bezdek, Amber Pavelka, Crystal Pavelka, Jason Wood, David Girard, Billy Girard, Ronnie Girard, Tommy Miller, Tommy Muska, and Charles Nemec. Honorary pallbearers are Avery Bell, Makayla Polasek and past and present employees and Directors of Pointwest Bank. In lieu of flowers, memorials may be made to St. Mary's Church of the Assumption, the History of West Museum or the charity of your choice. A memorial guest book can be found at www.aderholdfuneralhome.com. 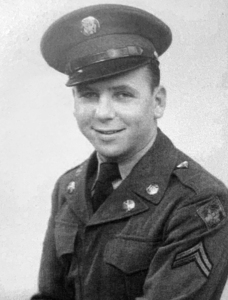