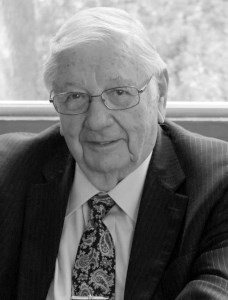 Brigadier General Frank Morehead Drew passed away November 13, 2021, at the age of 91, surrounded by his family in his home in Waco, Texas.

Frank was born in Salt Lake City, Utah on October 10, 1930, third child of Robert Woodson Drew and Mary Way Passmore Drew. A youngster during the Great Depression and youth of World War II, his formative years were spent in Kentucky. His father and brother both served in WWII as pilots. Prior to the war, his father operated a sea-plane flying service on the Ohio River. These experiences set the stage for his career as a fighter pilot and leader in the United States Air Force. After a single year at Western Kentucky University, Frank transferred to the United States Military Academy at West Point and graduated in 1953 with a commission in the United States Air Force. A 26 year military career culminated in service as a Brigadier General in the Air Force. He was in the first group of Air Training Officers (ATO's) at the Air Force Academy and was selected to be a model for the new cadet uniforms, designed by Hollywood director Cecil B. DeMille. Posters of Frank in the new uniform went up in recruiting centers and federal buildings around the country. Frank attended the National War College and received a Master's Degree in International Affairs from George Washington University in Washington, D.C.

While serving as a major during the Vietnam War, Frank met the love of his life – an International Voluntary Services (IVS) volunteer and USAID worker in Laos from northern Idaho, Carol Falk, who spent nearly three years in Southeast Asia during the war years and the rest of her life at his side.

Frank's military career included being in the inaugural group ATO at the new Air Force Academy, a flight commander based in France, Libya and Turkey for Fighter-Bomber wings and Tactical Air Command squadrons, setting up and managing a Victor Alert Cell in Turkey, graduation from the Army Command and General Staff College, and an Air Commando in combat operations in Laos and Thailand (Vietnam War), which included commanding the Tropic Moon I Task Force, a special Air Warfare Center unit equipped with night vision devices, the first of their kind. When he returned to the states, he was assigned as Chief of the Air Support Branch in the Defense Communications Planning Group in Washington, D.C., working next in the Office of the Special Assistant for Sensor Exploitation, Office of the Vice Chief of Staff of the US Air Force, on technologies used during the Vietnam War. He later entered the National War College, and in 1971 became Assistant for General Officer Matters in Office of the Deputy Chief of Staff, Personnel. In 1974, he was assigned Commandant of the Air Command and Staff College at Air University, Maxwell Air Force Base. His final two positions were serving as chief of the Air Force section of the US Delegation, Joint Brazil-United States Military Commission and his return to the states as Vice Commander of the Air Force Tactical Fighter Weapons Center at Nellis Air Force Base, in Las Vegas, Nevada. Frank's airplanes included training, combat and non-combat time in the PA-18 (Super Cub), T-6, T-28 (Trojan), T-29, T-33, T-39, F-80, F-86 (Saberjet), F-100 (Super Sabre), C-47, B-25 and A1-E (Skyraider). While in Brazil, he flew as a "guest pilot" in the PBY-SA's (seaplane), Grumman S-3, and Embraer Xavante Fighter Trainer. He was a command pilot with over 3,600 flying hours, with military decorations and awards, including the Legion of Merit with one Bronze Oak Leaf Cluster, Distinguished Flying Cross, Meritorious Service Medal, Air Force Commendation Medal, Air Medal w/4 Bronze OLC's Presidential Unit Citation, Air Force Outstanding Unit Award w/OLC, National Defense Service Medal w/three Bronze Stars, Vietnam Service Medal w/3 Bronze Stars, Air Force Overseas Ribbon-Short w/2 Bronze Stars and Long w/2 Bronze Stars, Air Force Longevity Service Ribbon w/5 Silver OLC's, the RVN Gallantry Cross w/ Palm and Republic of Vietnam Campaign Medal.

During his years in the Air Force, Frank and Carol built a family with four children. After retiring from the Air Force, Frank worked for the Lockheed Missiles and Space Company in Sunnyvale, California and Austin, Texas in Product Development and International Marketing. After Frank retired from Lockheed, he kept busy, passing a civilian aviator class II medical exam and flying again. He wrote an article about getting back in the sky at age 65, which Plane and Pilot magazine published. He also wrote a memoir of his life and became an inventor, winning a National Hardware Association's prize for innovation. His alma mater, Beverly Hills High School, hung his picture in their Hall of Fame a few years ago.

Through all the years, Frank and Carol put family first. From the day their first child arrived, the Drew family, with Frank at the head, had a magic word. The magic word was "Family!"

In memory of Frank Drew, contributions may be made to MD Anderson Cancer Center, P.O. Box 4486, Houston, TX 77210-4486 or www.mdanderson.org/gifts. Please designate the gift to Moon Shot – Glioblastoma -MSGLB.