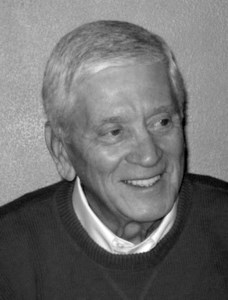 James Moffatt, former resident of Texarkana, Texas, passed away on September 5, 2020, at Providence Hospice in Waco, Texas at the age of 83. Graveside services and interment was Monday September, 7, 2020, in Davidson Cemetery in Gatesville, Texas, next to his daughter, Diane. Reverend Bud Miller officiated at the service under the direction of Grace Gardens Funeral Home.

Mr. Moffatt was born on October 20, 1936, in El Dorado, Arkansas, the oldest child of Finley and Lena Moffatt. He grew up in Texarkana, Texas, attending Texas High School, where he played football under Coach Watty Myers. He received a scholarship to play football at the University of Texas. As a Longhorn, he was privileged to play for legendary coach Darrell Royal his senior year.

In 1958, James married Linda Phillips. They were blessed with four children, 14 grandchildren, and 11 great-grandchildren.

An avid outdoorsman, he enjoyed fishing, hunting, and golf with his family and friends and hiking with his wife, Linda. Together, they climbed the highpoints of the United States. At the age of 73, he became a Senior Olympian, participating in Track and Field events at various state meets and winning hundreds of medals.

James and Linda traveled extensively after their retirement in 1995. They visited all 50 states, as well as numerous countries in Europe and Asia. They celebrated their 50th anniversary with a trip to Australia and New Zealand, where James, at the age of 72, bungee-jumped.

James was preceded in death by his parents, Finley Moffatt and Lena Williams; his brother, Hamp; and his beloved daughter, Diane Gaston.

The family would like to thank the doctors and staff at Providence Hospital and Providence Hospice for providing excellent care during this difficult time. The family also appreciates the loving care given to "Coach" for the past few months by the staff and care friends at Arbor House.

For those desiring, the family has suggested the charity of your own choosing for memorial contributions. Thoughts and memories can be shared at https://www.kudoboard.com/boards/Fo15YyAO. The guestbook is offered at www.gracegardensfh.com. Through this site, you are encouraged to leave a condolence or share a fond memory about James.

To plant trees in memory, please visit our Sympathy Store.
Published by Waco Tribune-Herald on Sep. 8, 2020.
MEMORIAL EVENTS
No memorial events are currently scheduled.
To offer your sympathy during this difficult time, you can now have memorial trees planted in a National Forest in memory of your loved one.
Funeral services provided by:
Grace Gardens Funeral Home
GUEST BOOK
Sponsored by Grace Gardens Funeral Home and Crematorium.
1 Entry
Mis oraciones para ustedes
Eugenia Garc&#237;a
Friend
March 29, 2021