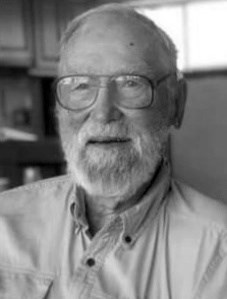 Lawrence G. Gifford Sr. broke his Earthly chains September 12, 2021. He is reunited with the love of his life, Joyce Gifford. He was 98 years old.

Larry was born in June 1923 on a farm outside of Paris, TX. He was the oldest of five children. His parents were Matthew and Beatrice (Barlow) Gifford. The family moved to Waco, TX, and Larry graduated from Waco High School. Larry served in the Army Air Corp during World War II. After the war, he returned to Waco and married Joyce Edwards. They had four children.

Larry and Joyce followed a dream after their youngest child graduated high school and they moved to Albuquerque, New Mexico. They lived there until their retirement in 1992.

Larry was involved in many activities after retirement, including Citizens on Patrol and Meals on Wheels. A family friend put it best. "In retirement, Mr. Gifford spent years as a WISD crossing guard, an example and a metaphor for the hundreds, if not thousands of unassuming folks who quietly and diligently stand at the edges of our byways and systems, ensuring the safety and well-being of others…You didn't have to know Larry to be thankful for him today, nor to thank his family for sharing him with all of us." He loved the children he saw every day and only recently retired, at the age of 94.

Larry was preceded in death by his parents; his three brothers; and his beloved wife of 63 years, Joycie. He is survived by his children, Grayson and wife, Marilyn, Trish, Jayne and Emily; his four granddaughters, Morgan, Sarah, Alayne and Felice; his sister, Shirley and sister-in-law, Susie, as well as numerous nieces and nephews. They were all his favorites.

At Larry's request, there will not be services; however, memorials can be made to Meals on Wheels or a charity of choice.

Published by Waco Tribune-Herald on Sep. 15, 2021.
To plant trees in memory, please visit our Sympathy Store.
MEMORIAL EVENTS
To offer your sympathy during this difficult time, you can now have memorial trees planted in a National Forest in memory of your loved one.
Funeral services provided by:
Lake Shore Funeral Home
MAKE A DONATION
Please consider a donation as requested by the family.
MEMORIES & CONDOLENCES
Sponsored by Lake Shore Funeral Home.
1 Entry
To Jayne, Morgan and Alayna, I am so glad to have had all of you as a part of Doris Miller and Lake Waco Montessori. Larry and Joyce were a huge part of our school family and we love all of you so much. I am so sorry for your loss, but I rejoice in knowing that all of you were loved by both of them and what a joy it has been to have them in our lives as well.
Pam Thomason
September 16, 2021
Showing 1 - 1 of 1 results