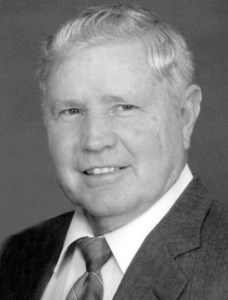 Leonard Lionel Hutto, 93, of Jonesboro, went to be with his Lord and Savior Jesus and be reunited with his wife, Virginia, on Wednesday, February 24, 2021, in Keller.

Leonard was born on January 23, 1928, in Vernon, Texas, the eighth and last child of the late Martha McAndrew Hutto and Homer Hutto. In 1932 at age five, his mother and father passed away within a two-month period of time. The country was in the middle of the Depression at the time, and the decision was made that Leonard and his next oldest sibling, Leila, would move to and be raised at the Masonic Home in Fort Worth. Leonard learned the value of discipline and hard work at the Masonic Home. Like all the children there, he milked cows and had other daily chores. He loved sports, and played for Rusty Russell, the famous football coach depicted in the upcoming movie, 12 Mighty Orphans. Leonard was an excellent athlete and became a Two-Time Golden Glove boxing champion in Fort Worth.

He served his country in the Navy for two years and later graduated from North Texas State University, with a Bachelor and Masters degree in Education. While coaching at LaVega High School in Waco, he met the love of his life, Virginia Davis. They fell in love and married on June 1, 1954. Leonard and Gina taught school in League City for several years. In the spring of 1967, they bought a farm near Jonesboro, and took teaching jobs at nearby school districts. Their tremendous work ethic and can-do spirit helped them raise two children and afford a farm on teacher's salaries. Leonard taught at several central Texas schools including Hamilton, Copperas Cove and Midway. He gave the athletes he coached nicknames, many of them silly but always memorable. Many of his former players and students still remember Coach Hutto and the nickname he gave them so many years ago. Leonard and Virginia ended their 33-year careers in education by teaching in adjoining classrooms for the Windham School District in Gatesville. He loved playing golf and played well into his late '70s.

Leonard was a 'foodie' before the term was invented. He enjoyed great food, and had his favorite table at Ranchers in Gatesville and Catfish & Co. in Hurst. He lived the last six years of his life in Keller, after Gina passed away in January of 2015. He was a popular volunteer at Riverside Retirement Inn for several years, helping the ladies with their bingo cards and singing. Leonard mellowed greatly in retirement and became quite chatty, to the amazement of people who knew him when he was young. He loved to tell stories about the Masonic Home, kids that he coached and Gina. Leonard overcame many obstacles early in life to become a devoted husband, beloved father, favorite teacher and coach for many students. He became a follower of Christ as a young man and was a member of Jonesboro Baptist Church. His family looks forward to seeing him with his wife again in Heaven.

Leonard's family would like to thank Sophia, Cecelia, Kara and Cathy from Tender Loving Care for the extraordinary love and care they provided in the last years of his life.

Private family graveside services will be at Jonesboro Cemetery. Celebration of Life services will be announced at a later date. Due to Covid restrictions, no visitation is scheduled. For those wishing to offer condolences, you may do so by signing the register at the funeral home or online at scottsfh.com.

To plant trees in memory, please visit our Sympathy Store.
Published by Waco Tribune-Herald on Feb. 28, 2021.
MEMORIAL EVENTS
No memorial events are currently scheduled.
To offer your sympathy during this difficult time, you can now have memorial trees planted in a National Forest in memory of your loved one.
Funeral services provided by:
Scott's Funeral Home
GUEST BOOK
Sponsored by Scott's Funeral Home.
1 Entry
He was my first school coach for one spring training (yeah, we had spring training in the 6th grade then) after I graduated from pee wee football ([ Wichita Falls Sheppard Air Force Base elementary] and Bellmead [LaVega Little Pirates])....I have thought about Coach Hutto a million times through the years. He was a tough disciplinarian who really cared about us kids. He teased me all of the time. Suddenly, to the shock of my teammates at LaVega Junior high, he was gone. But his sister-in-law, Ruth Davis--who was in the same grade as me at LaVega--kept us up to date with what Coach Hutto was doing. Coach Hutto was a person never to be forgotten. God bless his soul!
Harley Spoon
March 1, 2021