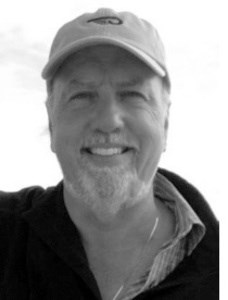 A Celebration of Life Service will be 3 p.m., Friday, October 8, at Lake Shore Funeral Home Chapel. Immediately following the service, there will be a "come & go" celebration at Hodde Lodge, 4716 Fort Ave. in Waco. When you find yourself sitting somewhere at sundown, raise a glass to the sunset and say, "Rest in peace my friend, you will be missed!"

Les was a graduate of University High School in Waco. After high school, he went to work with his father R.L. Braziel at Braziel Electric, Inc. eventually becoming the sole owner of the family-owned business. For the past 50 years Les has worked hard for many contractors where, to this day, he referred to them as friends.

If you asked Les' (Crack's) friends to describe him in a few words they would quickly say generous, kind, laid back, easy going, loyal, he would "give you the shirt off his back" and ask nothing in return and just "one of the true good guys". He always had a smile on his face, a solid handshake and a pat on the back for whomever he met.

Les (Crack) had a passion for the outdoors, whether it was hunting, deep sea fishing, sitting around the fire at the deer lease with his deer lease buddies that he always called "family". Two of his favorite things at his South Texas deer lease was getting up before the sun came up, getting in his stand and watching nature come alive with the sounds of the animals waking up. The other was at the end of the day, with the other hunters, wives and kids, riding up the highest point of the lease and toasting the sunsets. He never failed to say this every time, "man, there's nothing prettier than a Texas sunset with good friends". Les (Crack) has hunted all over the U.S including Canada, Mexico and Argentina. His deep-sea fishing trips took him a lot of great destinations like Costa Rica, Mexico, Hawaii, the Gulf Coast of Texas just to name a few...if he went close to the ocean…he fished.

Les (Crack) was an avid Nascar fan for most of his life. He got his son, Chris, loving the sport and going to a couple of races a year and had a few planned for next year. Their goal was to eventually go to all the tracks together; father and son style. Ask Les (Crack) about his wife, son and beautiful granddaughters and he would grin and he would fill you in. Granddaughters were the light of his life. Ashley and Bradyn could call or come by and they would fill the room with love, excitement and energy. Ashley would call him "Crackers" and Bradyn called him "Papa Crack"; he LOVED it!! He was thrilled when Ashley announced a new Great-Grandbaby's arrival in January of 2022.

He was preceded in death by his parents, R.L. Braziel and Helen Ratcliff; and son, Brad Braziel.

Memorial contributions may be made to Community Healthcare of Texas.

"We will miss him, love him and celebrate him."

Published by Waco Tribune-Herald from Sep. 12 to Sep. 19, 2021.
To plant trees in memory, please visit the Sympathy Store.
MEMORIAL EVENTS
Oct
8
Celebration of Life
Hodde Lodge
4716 Fort Ave., Waco, TX
Oct
8
Celebration of Life
3:00p.m.
Lake Shore Funeral Home
5201 Steinbeck Bend, Waco, TX
Funeral services provided by:
Lake Shore Funeral Home
MAKE A DONATION
MEMORIES & CONDOLENCES
Sponsored by Lake Shore Funeral Home.
5 Entries
My deepest condolences to Pam, the family and friends of Les on all of your losses.I am so sorry. Cherish the memories of him!
Nancy Saulers
Other
September 18, 2021
I am so sorry for your loss. My thoughts and prayers are with you and your family
Dorothy Sanders
September 13, 2021
Pam, my heart is so broken for you, prayers for peace, stay busy and hold your head high so Les can see your faceI will miss his called at the store he was a sweetheart
Shirley Tucker
September 13, 2021
Our thoughts and prayers are with you and your family during this difficult time
Jadene walts
Friend
September 12, 2021
Pam I am so sorry to hear about Les, we will miss seeing him at the store, I know you have been in more than him lately but always enjoyed visiting with Les, he was always smiling and always seemed so positive. I know you will miss him. Our thoughts and prayers are with you.
David Jordan
September 12, 2021
Showing 1 - 5 of 5 results