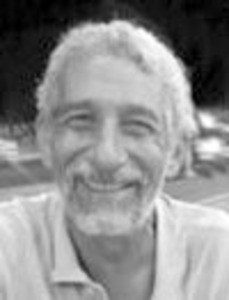 Michael passed just as he lived; he wrote his own rules, he fought authority, and he flirted the boundaries of all natures. And if you said he couldn't do it, he would do anything to prove it was possible for him. His family knew him as a, albeit sporadic, source of deep affection, love, and humor.

He was a determined individual who began his business career as a successful photographer opening his own photography store in Waco known as Flashback. As the digital age began, the business came to a close and, as any wild or wanderlust heart would know, when a change speaks as more than a desire, it is an unstoppable force. And with that force, Michael began a new career in scuba diving. This passion relocated him to Vietnam, Thailand, Honduras, and finally, Mexico where he would settle to make a thriving diving school for students from around the world. As much as people knew hanging out with him would end with a killer Bloody Mary hangover, he was the type of man that people would make the effort to see. He was the creator of good times. He was the joke teller and spreader of infectious laughter. The memory maker.

He lived many lives and thousands of years in the 62 calendar years with us because he had the chutzpah to do it.

His final years were spent in Vietnam with his latest family and group of expats equal in age, wit, and wild antics. He was retired, loved and had ample time to spend with his children.

He will be deeply missed, but the many stories and memories of those who knew him will keep him alive forever.

He was preceded in death by his son, Jacob Sobel, and his father, Jerry Sobel.

To plant trees in memory, please visit our Sympathy Store.
Published by Waco Tribune-Herald on Apr. 20, 2021.
MEMORIAL EVENTS
Apr
20
Graveside service
2:00p.m.
Rodef Sholom Cemetery
1400 Garden Drive, Waco, TX
Funeral services provided by:
Wilkirson-Hatch-Bailey Funeral Home
MAKE A DONATION
MEMORIES & CONDOLENCES
Sponsored by Wilkirson-Hatch-Bailey Funeral Home.
3 Entries
Abby, so sorry to hear of Mike's passing. I remember that cute little boy coming to the farm, looking at the cow's and asking millions of questions. So smart and inquisitive! You and the family are in my prayers. Love to all.
Alice Young
May 1, 2021
Dear Sobel Family, The Baylor Scott and White Hospice Family would like to give you our deepest condolences. Please know that you are in our thoughts and prayers.
Baylor Scott and White Hospice, Waco
April 23, 2021
My deepest sympathies to the family
Pam Perry
April 21, 2021
Showing 1 - 3 of 3 results