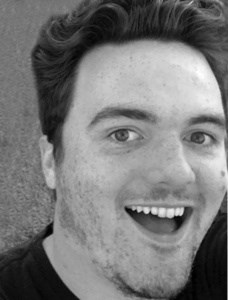 Nathan Alan Ritchey passed away unexpectedly from an unfortunate accident in Chattanooga, TN, August 30, 2021, at such a young age of only 30. Though no one was with him at the time, and the details are few, he had just recently shared with family and friends his hopeful prospects for the future and was looking forward to his exciting new pursuits. Everyone is just shocked to hear this tragic news.

He was a resident of Arlington, TX, and was in the process of moving to Tennessee. He was born on October 16, 1990, in Waco, Texas, where he was raised in a homeschool environment in a picturesque childhood home that was nestled in the beautiful Cameron Park neighborhood. Nathan was dearly fond of his time growing up in this outdoors parklike setting with his two sisters and mom and dad and later with his younger brother. So many wonderful family memories were made there and also on frequent visits to 'Waterhouse' getaways (hotels with swimming pools) at Port Aransas and Fort Worth, San Antonio and Dallas, Austin and Fredericksburg.

Nathan attended Texas A&M in Commerce and graduated with honors in May of 2014 with a Bachelor's degree in Computer Science. He went on to achieve his Master's degree from the University of Texas in Dallas. He had a successful career as a Security Operations Analyst at the University of Texas at Arlington. Nathan was always able to make friends wherever he went. He had an infectious laugh that would fill up a room as he would strike up a conversation with anyone. He was open-minded, always trying to improve himself and help others improve themselves, which led him to put together his current plans to move to Tennessee to volunteer at a retreat for stress relief and rejuvenation.

Nathan was preceded in death by his mother, Angie Ritchey whose untimely passing in 2016 at the young age of 52 was very heartbreaking for everyone.

Nathan was self-assured and happy and full of energy. His dynamic and outgoing personality was apparent to everyone who knew him and fortunate to have met him.

His light shone brightly, though ever so shortly,

And shines forevermore, in loving memory.

Interment will be at Oakwood Cemetery, Waco, Texas.

Thoughts and memories may be left at www.LakeShoreFH.com

Published by Waco Tribune-Herald on Sep. 19, 2021.
To plant trees in memory, please visit the Sympathy Store.
MEMORIAL EVENTS
To offer your sympathy during this difficult time, you can now have memorial trees planted in a National Forest in memory of your loved one.
Funeral services provided by:
Lake Shore Funeral Home
MAKE A DONATION
MEMORIES & CONDOLENCES
Sponsored by Lake Shore Funeral Home.
0 Entries
Be the first to post a memory or condolences.