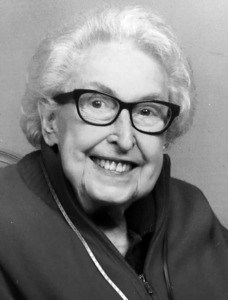 Nonie Jean Lillard Mitchel was born in Waco on Valentine's Day, 1929, the first daughter of Lora Mae McKethan Lillard and Robert Ripley Lillard of Waco. She died at her residence in Austin, Texas, on her 92nd birthday, Valentine's Day, 2021. There will be a memorial service via Zoom at 11 a.m., Saturday, February 27. Please email [email protected] for an invitation and link to attend. A graveside service will be 1 p.m., Saturday, February 27, at Rosenthal Cemetery located at S. Robinson Drive and FM 2837 (Rosenthal Parkway), Robinson, TX. The family will receive visitors from 5 to 7 p.m., Friday, February 26, at Pecan Grove Funeral Home, 3124 Robinson Drive, Waco, TX.

Nonie was a 1945 graduate of Waco High, where she was the class poet. Upon completing high school, she entered the University of Texas at Austin, where she majored in secondary education. She graduated from the university at age 19. On July 31, 1948, she married Pierre (Pete) Harvey Mitchel, whom she met at college. She taught briefly at Fulmore Junior High School in Austin until her pregnancy. Daughter Amie was born in August, 1949. In December, 1952, she gave birth to Brian. In 1955, the family moved from Waco to Dallas, where Pete began a position with Ford Motor Company. While in Dallas, Nonie completed a Master's Degree in Library Science at Texas Women's University and later worked at the Dallas and Fort Worth Public Libraries. Pete and Nonie moved to Conroe in 1972, and Nonie worked at the Montgomery County Library while in residence there. The Mitchels moved to Austin in the late 1970s with intentions to retire there. While in Austin, Nonie served as the librarian for the (then) Texas Aeronautics Commission. She was also an active member of St. John's United Methodist Church.

Pete died in 1990. As a widow and a retiree, Nonie devoted her life to her children; her granddaughter, Elizabeth Avery Beckett; her extended family; and her many friends. One of Nonie's greatest pleasures was to join her family for barbecue at Uncle Dan's in Waco, or for birthday celebrations at Kreuz Market in Lockhart. Her house was filled with photos of family and friends, and she loved keeping up with the milestones in their lives.

She is survived by her daughter, Amie Ann Mitchel Beckett; her son, Robert Brian Mitchel and wife, Mary Rouleau Mitchel; her granddaughter, Elizabeth Avery Beckett and husband, Ryan James Russell; and her great-granddaughter, Ann Austin Russell. She is also survived by her sister, Eleanor Gail Lillard Hunt and husband, James Rufus Hunt, and many cherished nieces, nephews, and cousins.

To plant trees in memory, please visit our Sympathy Store.
Published by Waco Tribune-Herald on Feb. 21, 2021.
MEMORIAL EVENTS
Feb
26
Visitation
5:00p.m. - 7:00p.m.
Pecan Grove Funeral Home - Waco
3124 Robinson Drive, Waco, TX 76706
Feb
27
Memorial service
11:00a.m.
Zoom
email [email protected] for an invitation and link to attend
Feb
27
Graveside service
1:00p.m.
Rosenthal Cemetery
S. Robinson Drive and FM 2837 (Rosenthal Parkway), Robinson, Texas
Funeral services provided by:
Pecan Grove Funeral Home - Waco
GUEST BOOK
3 Entries
Nonie was a class act. She warm and witty and always had a smile. Most of our interactions revolved around food. Nonie was a great cook and a true connoisseur of good food. She always knw how to make an occasion special. i will miss our celebrations.
Ollie Seay
February 26, 2021
I am sure that there is a crazy group of McKethan cousins laughing together. Nonie always smiled and just seemed to enjoy life day by day. Sending love to all.
Robbie Moore
February 23, 2021
I'm reminded of the first time Nonie came into our lives. My mom was so excited to have discovered a "gem" of a friend and that she was - a unique ,beautiful, intelligent, sassy, funny, warm, generous woman. She and her daughter were welcomed into our family and spent many a festive gathering with us. My hope is that Nonie and my mom are together again laughing and loving each others company
Carol Mason
February 21, 2021